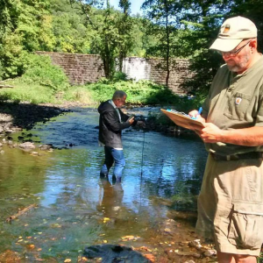 If you’ve recently noticed people wading in local streams with long-handled nets, you might wonder if they’re fishing. They are, but not for fish!

From June 15-30, more than 100 citizen scientists trained by the nonprofit Raritan Headwaters Association (RHA) will drag their nets in streams throughout the upper Raritan River watershed. Instead of catching fish, they’ll scoop up “benthic macroinvertebrates” – small bottom-dwelling creatures such as insects, snails, and worms that serve as an indicator of stream health.

If a wide variety and high number of pollution-sensitive “macros” are found, it means the water is clean. But if the sampling shows little diversity or only pollution-tolerant species, it’s a sign that the water is contaminated and needs attention. 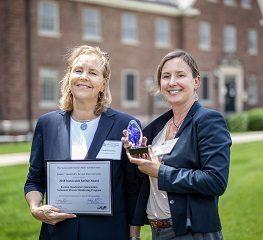 RHA’s stream monitoring program turns 25 this year, and it just received a Nonprofit Innovation Award from the Sustainable Raritan River Initiative. The award was presented at Sustainable Raritan’s annual conference on June 8 at Rutgers University.

“We work hard to ensure clean, safe water for all, and we’re proud to have our stream monitoring program recognized,” said Cindy Ehrenclou, executive director of the Bedminster-based organization, who accepted the award with RHA’s science director, Dr. Kristi MacDonald.

“We are grateful to our dedicated team of volunteer citizen scientists,” added Dr. MacDonald. “Without them, it wouldn’t be possible to run such a robust program.”

This year, 64 stream sites within the 470-square-mile watershed are being monitored by RHA. The watershed spans parts of Hunterdon, Somerset and Morris counties.

At each monitoring site, volunteers and RHA staff conduct biological monitoring for benthic macroinvertebrates. Macro samples are collected and then sent off to a certified lab for analysis.  In addition, RHA’s team members visually assess the stream habitat and check the water temperature, pH, dissolved oxygen and conductivity using a special probe.

Water samples are collected at each site and taken back to RHA’s new Water Quality Lab at Fairview Farm in Bedminster where additional tests for nitrates and phosphates are conducted and samples are sent to a state-certified laboratory to test for bacteria.

Based on the macroinvertebrate data, the water quality at each site is classified as excellent, good, fair, or poor.

“When our monitoring indicates an impaired stream, we investigate local land uses and conduct further testing to figure out the cause, then work with landowners and local officials to address the problem,” said Dr. MacDonald. 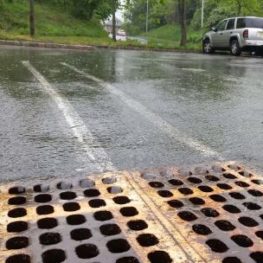 There are several causes of poor stream quality but one of the most widespread is stormwater runoff into our waterways from developed areas and farms. This runoff often contains pollutants like motor oil, lawn fertilizers, salt, pet waste, bacteria and nitrates. In agricultural areas, the culprits may be fertilizers, pesticides or farm animal waste.

Protecting forested land and buffers along streams is an important way to help water infiltrate into our underground aquifers and clean stormwater before it enters our streams.  Trees also shade the streams and keep the water cold and oxygen-rich; conditions required by the sensitive macroinvertebrates and many of the fish in our region including the native brook trout.

If a stream is found to be impaired for two years in a row, RHA staff and volunteers return on a quarterly basis to conduct chemical monitoring.

Raritan Headwaters just began partnering with Dr. Emilie Stander, professor of environmental science, and her students at Raritan Valley Community College to monitor 11 of the stream sites on a more continuous basis to detect short-term but potentially damaging fluctuations in pollutants. Interns from the college and RHA will visit those sites every two weeks throughout the year and test the water in RVCC’s new lab.

In the years that Raritan Headwaters has been monitoring local streams and rivers, the data collected has allowed the organization to:

RHA shares stream health information with the public through its new “Report Card” system, annual State of Our Watershed conference and Watershed Tools for Local Leaders seminar series.  Data is submitted to the online national Water Quality Portal, making it available for use by state and federal environmental agencies, academic institutions, municipalities, and the general public.

See the 2017 water quality report card. Data from this year’s stream monitoring will be available in the fall.

The largest watershed organization in New Jersey, Raritan Headwaters has been working since 1959 to protect, preserve and improve water quality and other natural resources of the Raritan River headwaters region through efforts in science, education, advocacy, land preservation and stewardship. RHA’s 470-square-mile region provides clean drinking water to 400,000 residents of 38 municipalities in Somerset, Hunterdon and Morris counties and beyond to some 1.5 million homes and businesses in New Jersey’s densely populated urban areas.

RHA has achieved statewide impact and is a proud recipient of the 2015 and 2016 Governor’s Environmental Excellence Award. To learn more about Raritan Headwaters, or to become a volunteer stream monitor, please visit www.raritanheadwaters.org or call (908) 234-1852. 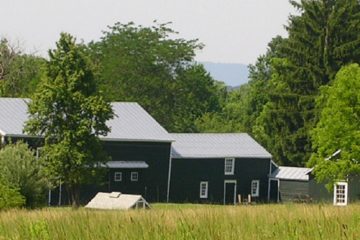 Raritan Headwaters Association (RHA), a nonprofit dedicated to protecting land that safeguards clean water, has achieved national recognition for its