Let’s Leave Balloons Out of Our Celebrations 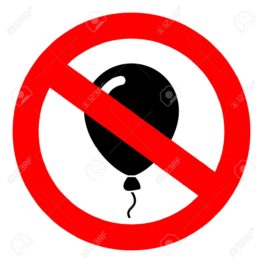 I don’t want to rain on anyone’s parade … or graduation celebration, birthday party, wedding or shower. But it’s time to cross balloons, especially those made of foil-coated plastics, off our party supply lists.

Why? Because, far too many foil balloons end up polluting the environment and harming wildlife.

Balloons that get blown into a river or the ocean are often mistaken for food and ingested, which can prove fatal. To a sea turtle, a deflated balloon may look like a jellyfish. Larger marine creatures also get fooled. Last fall, a dead sperm whale washed ashore in Indonesia with over 13 pounds of plastics in its stomach, including plastic bags, cups and bottles.

The ribbons and strings used to tie balloons are also made of plastics and can wreak havoc. Birds become entangled, as can the flippers of sea turtles, seals and dolphins, limiting their movements and ability to feed.  Entanglements can result in infections, amputations, starvation, drowning and death.

In a recent pilot study, Raritan Headwaters found microplastics in the water at 10 test sites along the South Branch of the Raritan River. These sites are only a short distance upstream from public water supply intakes. Microplastics have also been found in bottled water supplies.

During my years at Raritan Headwaters, many local schools have adopted the tradition of selling Mylar balloon bouquets for families of graduates to tie to their mailboxes. As the mother of three children who graduated from local schools, I understand the impulse to buy graduation balloons: You’re proud of your kids and want the world to know!

Unfortunately, many of these balloons blow away or are not disposed of responsibly. Some get tangled in trees and bushes, and others wind up in rivers, streams and eventually the ocean.

As graduation season approaches, I hope parents will say no to balloons and look for more sustainable ways to celebrate their children’s accomplishments. How about flying a cloth flag or banner instead?

A quick word about latex balloons as an alternative. Although they’re billed as biodegradable, they still carry risks to wildlife and water. According to The Environmental Nature Center, latex balloons can take six months to four years to decompose. In the meantime, they can be mistaken for food and their ribbons can entangle wildlife.

This year, don’t invite balloons to your parties and celebrations. Protect wildlife – and human health – by choosing sustainable alternatives. 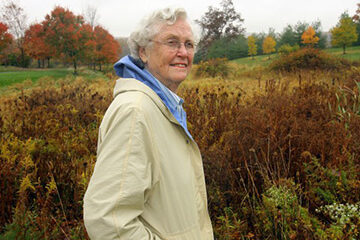 New Jersey lost one of its staunchest environmental advocates, and Raritan Headwaters lost a beloved trustee and friend, when Candace 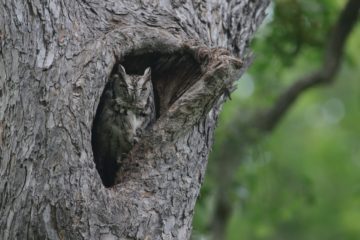 It’s easier than you think to create a backyard that is welcoming to wildlife! 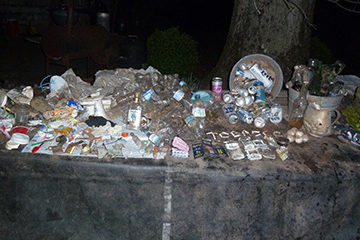