On Jan. 23, the U.S. Environmental Protection Agency finalized a new rule redefining the “waters of the United States” to exclude non-navigable waters like small tributaries that run intermittently or run temporarily underground, along with a large number of wetlands.

Nationally, it’s the worst thing to happen to clean water in the past 50 years!

What does it mean to local residents? First and foremost, the weakening of the Clean Water Act means fewer protections for the water we drink and, therefore, greater threats to human health.

When the rule change takes effect in about 60 days, many small streams and wetlands will no longer be protected from polluters discharging poisons into waterways.  Many wetlands will be left unprotected, and may be destroyed. In many cases, developers, mining companies, and the oil and gas industry will not need permits to destroy these fragile ecosystems.

The rule change makes no sense.  It is economically irresponsible, scientifically unsound, and socially unjust. To protect the quality of navigable waters, you’ve got to protect the streams that feed them. And it’s easier and cheaper to keep water clean in the headwaters streams than to try to fix polluted waters downstream later.

We in New Jersey are more fortunate than folks in many other parts of the country as our state water regulations are more stringent than federal regulations, but now we’re facing some critical gaps in protection.

Thank you for standing up for our water. The upper Raritan River watershed, a 470 square mile area in Hunterdon, Somerset and Morris counties, has some of the state’s most pristine streams. With your help, they will remain clean and healthy resources now and into the future.

This Letter to the Editor was published in The Bernardsville News online on Jan. 28, 2019. 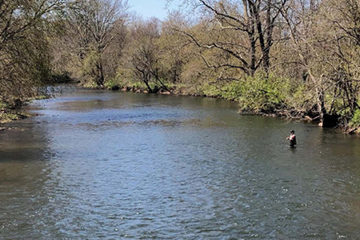 Earlier this month, the New Jersey Department of Environmental Protection (NJDEP) published a rule that applies one of its strongest 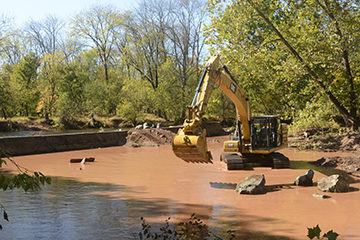 The outdoor clothing company Patagonia has awarded Raritan Headwaters Association (RHA) a $10,000 grant to help with the cost of 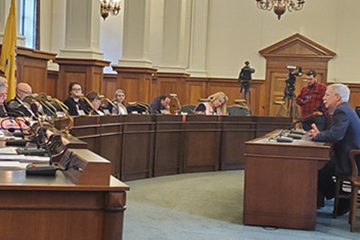