The importance of plants to watershed health 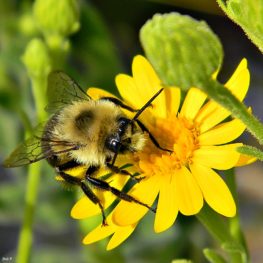 Plants are the primary producers, the base of the food chain for all life on the planet. Each type of animal within our watershed, from the smallest bee up to the largest black bear, depends upon the availability of many familiar, native plant species for their survival.

Should these plants disappear or certain flowers fail to bloom, then their nectar and fruits would never be rewarded to the animals that rely on them.

Not only do plants provide the ecosystem services essential for all living things, they also protect the quality of water, land and air. Without the tough and fibrous roots that extend down and outward through the ground, much of the area’s soils would be left untethered. Polluted runoff would enter streams, resulting in water that does not meet surface water standards.  Plants also remove carbon from the air, thereby mitigating climate change.

The threat of non-native, invasive plants

Not all plants are beneficial. In fact, some newly introduced, exotic species can be so detrimental that ecosystem balance is thrown off by their presence, in some cases entire food chains altered beyond recognition by the introduction of a single new, non-native invasive species. In some places, trees are being choked by invasive vines, forest understories are overtaken by invasive shrubs, and meadows are being overtaken by invasive plants.  Non-native species often outcompete native plants.

Some invasive species were brought here with the best of intentions, to add color to a gray late-winter landscape, and others with no intention, as extra packing material in an overseas shipping crate, or as seeds hitchhiking home on a world-traveller’s shoe.  The problem of non-native, invasive species extends throughout the world as newly introduced species impact native flora and fauna on every continent.

Not every exotic plant is an invasive species. Some even escape cultivation in gardens, blending into the landscape and not spreading.  However, the key characters of non-native invasive species that give many of them an edge over native species –  and cause millions of dollars in damage every year – are evident: their high tolerance to disturbance and wide range of soil conditions; that they are generally unpalatable to native fauna and lack of insect pests to eat them in their novel environment; and their exceptional ability to reproduce both quickly and prolifically. RHA is providing fact sheets on some of the species of non-native invasive species of plants in the Upper Raritan so that you can identify and hopefully control their spread before they become ubiquitous.

RHA’s main message about non-native species on your property is “Don’t plant it. Report it. Remove it.”  Instead, plant the wide variety of ecologically valuable native trees, shrubs, vines and herbacous plants available from local growers.  They are valuable to the health of our wildlife, water, land and air.

The Native Plant Society of New Jersey keeps an updated list of nurseries that sell NJ native plants. You can find their list here. 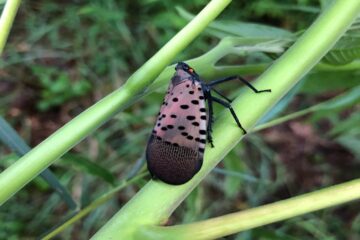