Water, water everywhere – and pretty as a picture!

“RHA’s first photography contest was a resounding success and engaged photographers throughout the region,” said Cindy Ehrenclou, executive director. “Examining the Upper Raritan watershed through the lens of “healthy water, healthy life” brought into focus the importance of RHA’s mission to preserve and protect our most critical resource – water.”

The competition included a main contest judged by a panel of four professional photographers and artists, and a popular vote contest with online balloting. All photos were taken within the 470-square-mile Upper Raritan River watershed in Hunterdon, Somerset, and Morris counties. 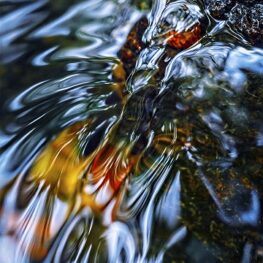 Taking top honors in the judged contest was “Flutter,” a close-up photo of a flowing stream captured by Danielle Austen of Hillsborough. “This photo really stood out to me. I love the detail in the water and all of the vibrant colors that help emphasize the shapes and patterns the water was creating. It’s a perspective that caught my eye and I appreciate the detail the photographer went to in order to capture that,” wrote judge Ashleigh Scully.

Bruce Litton of Bedminster took second place in the judged contest for his image “Old Black Water,” depicting a stream flowing over rocks and stones. “This image is mesmerizing, beautiful, and it is at once magical, sublime, and mystical. I am visually transported away from “thinking about water” and yet completely visually grounded in the particular formations of ‘Black Water,’ stones, history, serenity and photographer’s particular crop. This image has a “wow” factor that I think will make people think twice about the beauty “beneath their toes” at Raritan Headwaters,” commented judge Berrisford Boothe.

Kimberly Hart of Mendham captured third place in the judged contest for “After the Storm Comes Light,” depicting the colorful reflection of the winter sky in a patch of open water surrounded by ice. “This image was well seen. A great splash of color in an otherwise monochromatic setting,” wrote judge Thomas Mangelsen. “Love the texture of the ice. Just shows what you can do with an iPhone.”

Holly Westra of Clinton took fourth place in the judged contest for “Upon Reflection,” an image of the town’s Red Mill on the South Branch in winter. “Clinton’s beautifully-restored red mill is an iconic NJ subject, honoring the rural history of the Upper Raritan,” wrote judge Alison Jones. “Despite the popularity of the colorful mill with photographers, this image is unusual in placing the river, its ecosystem and weather in front of the mill, reminding viewers of our dependence on our watershed resources.”

Edward Dzik of Lawrenceville took fifth place in the judged contest for “Autumn Splendor,” with colorful trees framing a fast-flowing river. “Out of all the low shutter speed landscapes I’ve seen, with the intention of blurring the water, I thought this one was very well done,” wrote Scully. “The water has this misty, cool look about it and everything else in the photo is still tack sharp. The colors are beautiful and aren’t too over saturated and there aren’t any distracting foreground elements that distract my eye.”

The winner of the popular vote contest was “Kay’s Cottage at the Black River” by Joni McKelvey of Bridgewater. The moody photo shows a waterfall tumbling alongside the ruins of an old stone cottage.

“We thank all the photographers and judges for helping us raise awareness about our beautiful Upper Raritan watershed region and RHA’s conservation mission,” said Ehrenclou. 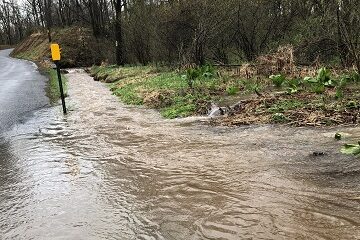 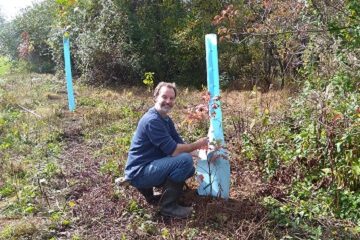