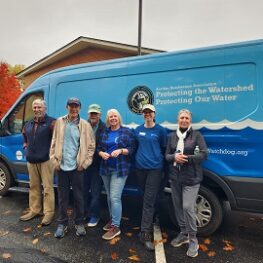 Raritan Headwaters Association (RHA) works with many partners in our mission to protect clean water in rivers, streams and homes, but few partnerships have been as longstanding and fruitful as the one with Readington Township in Hunterdon County.

“We’ve been partnering with Readington Township since the mid-1980s to host Community Well Testing events, and their rate of resident participation is the highest in our watershed region,” said Mara Tippett, RHA’s Associate Director.

RHA and Readington have joined forces on a variety of other programs related to water quality, including stream monitoring, stream cleanups, land preservation and stewardship, and education. Readington is located in the heart of the upper Raritan River watershed, the 470-square-mile area that RHA works to protect.

“We’re very proud that Readington Township is so committed to protecting clean water that it made the extraordinary effort to qualify for the Gold Star award for water – and we were happy to help out in any way we could,” said Mara. 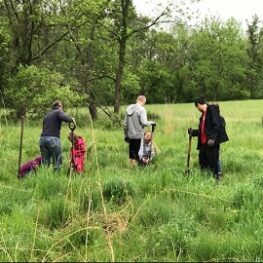 Readington Township Mayor Juergen Huelsebusch, who also chairs the Open Space Advisory Board, said his township is focused on the preservation of its natural resources and maintaining its semi-rural environment, which translates to preserving open space and farmland in partnership with conservation-minded landowners.

“Our 2018 open space goal included preserving an additional 3,000 acres of land by 2050, so that 40% of our natural lands would be protected,” he said. “To date we have preserved approximately 350 acres, all reimbursed by donations, County and State funding sources. These protected lands have largely been in environmentally sensitive areas, such as forests, meadows and watershed/stream corridors.

“As we continue preservation efforts, we need to steward our preserved lands to ensure that they remain protected and healthy and will look to partner with key environmental non-profits, such as Raritan Headwaters Association,” the mayor added.

As an example, Readington just received a $250,000 grant from the state Department of Environmental Protection to plant 10,000 tree seedlings. “That now becomes a stewardship project where key leaders from our Open Space Advisory Board, Environmental Commission, and Readington Water Watch committees will meet to organize tree plantings,” said Mayor Huelsebusch. “I encourage our residents to learn more about such stewardship efforts and programs that are offered by the Township and Raritan Headwaters.”

“Our next significant joint program between Readington and RHA is the annual stream cleanup on April 15. I encourage our residents to participate and learn more through the RHA and Township websites,” he added.

Mara said she encourages other municipalities in the watershed region to follow Readington’s example in working to protect precious water resources.

“When we can partner on projects to benefit water quality and wildlife habitat, those partnerships always make the programs stronger and more successful,” she said. “The more hands on deck, the more we can accomplish.” 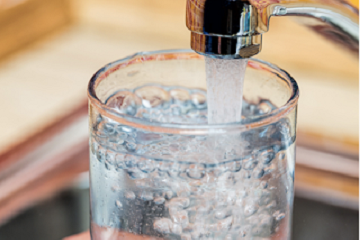 The following posting on aseyeseesit.blogspot.com is being posted here with permission from the author, Brian T. Lynch, MSW. I read 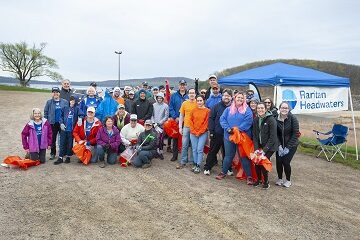 Nearly 11 Tons of Trash Picked Up During Annual Stream Cleanup