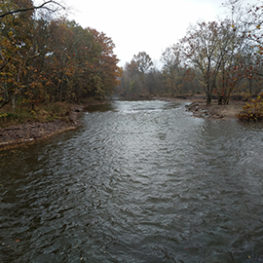 An old grist mill dam dating back to the 1800s has been removed from the Lamington River, allowing water to run freely and improving habitat for fish and other aquatic creatures.

Removal of the derelict concrete dam was completed in late October by Raritan Headwaters Association (RHA), which owns an 11-acre nature preserve next to the site.

“We are very pleased with how it turned out,” said Dr. Kristi MacDonald, science director for Raritan Headwaters. “Now that the river has been moved back to its original channel we are going to see the ecological health of the river greatly improved.”

She explained that the old concrete dam held sediment, which was not good for most of the aquatic wildlife in the river. In addition, the pooled water behind the dam heated up in summer, depleting oxygen levels. “In our region, we expect to have cool, oxygen-rich water,” Dr. MacDonald said.

The dam removal allows free passage of migrating fish, and the project also added riffles and pools to the river to improve fish habitat.

The dam removal was done in partnership with the U.S. Department of Agriculture’s Natural Resources Conservation Service and the U.S. Fish and Wildlife Service. The dam was located just upstream from the Cowperthwaite-Burnt Mill Road Bridge connecting Bedminster and Branchburg townships.

In addition to taking down the dam, the river was realigned to its historical configuration to reduce erosion and flooding. The main river channel had shifted over the past 60 years to bypass the dam, eroding the riverbank near Milnor Road in Bedminster and causing sediment to muddy the waters.

The project is expected to reduce flooding in the Milnor Road-Cowperthwaite Road neighborhood in Bedminster during storms.

The next phases of the project are to plant willow trees near the riverbanks this fall, and restore the flood plain next spring.

The Burnt Mills dam was one of several along the Raritan River and its tributaries that have been removed in recent years.

In the last decade, the Fish and Wildlife Service has worked with partners to remove more than 660 barriers to fish passage in the Northeast, restoring access to nearly 6,500 miles of river and stream habitat and more than 28,000 acres of lakes, ponds, and wetlands. These efforts have added more than $1.5 billion to the economy, through increased tourism and recreation, improved water quality, and protection of people and property.

In a project designed to improve the health of the Lamington River, the nonprofit Raritan Headwaters Association (RHA) and its partners are removing the remains of an old concrete dam between Bedminster and Branchburg near the Cowperthwaite-Burnt Mill Road bridge.

Trout Scapes River Restoration of Bozeman, Mont., the contractor hired by Raritan Headwaters, began work on Saturday, Oct. 12, to remove the shallow dam at the site of a former grist mill built in the 1800s. Raritan Headwaters owns an 11-acre nature preserve on the flood plain next to the dam in Bedminster.

The project will take about ten days and will restore the free flow of water in the Raritan River tributary. The two-lane bridge near the dam will remain open to traffic during the project, and local residents may notice some temporary discoloration of river water.

Bill Kibler, policy director for Raritan Headwaters, said the dam removal project has many benefits: cleaner water, better habitat for native fish and invertebrates, less local flooding during storms and improved recreation. Birds that feed on fish, such as bald eagles and ospreys, will also benefit. “This project is part of our vision for restoring streams in our watershed. It will improve migration and habitat for native fish and wildlife,” he said. “Those species are already benefiting from dam removals downstream on the main stem of the Raritan River, so this will help improve water quality and extend habitat improvements upstream.”

The dam currently serves no useful function and, in fact, has been harming water quality. The dam causes pooled water upstream to overheat in the summer, making it less habitable for fish and wildlife. The dam also contributes to riverbank erosion, because the river channel has been shifting over the years to move around the dam. This erodes the riverbank near Milnor Road and causes sediment to muddy the waters.

In addition to removing the dam, Trout Scapes will realign the river channel to its historical configuration. This will reduce flooding in the Milnor Road-Cowperthwaite Road neighborhood during storms.
The $250,000 project is the result of four years of planning, and is being paid for with funding from the U.S. Department of Agriculture’s Natural Resources Conservation Service, the U.S. Fish and Wildlife Service and Raritan Headwaters.

“NRCS is proud to fund a project like Burnt Mills Dam which will have a sizable ecological uplift to the Lamington River,” said Carrie Lindig, NRCS New Jersey State Conservationist. “This project will build upon other NRCS funded stream restoration projects in the Lamington/Black River and help continue the momentum of other recent dam removal and stream restoration efforts on northern New Jersey rivers.”

Other dams on the Raritan River and its tributaries that have been removed in recent years include the Manville Weir in 2010, the Calco Dam in 2011, the Roberts Street Dam in 2012, the Nevius Street Dam in 2013 and the Weston Mill Dam in 2017. Other major New Jersey dam removals include the Columbia Dam on the Paulins Kill River and the Hughesville Dam on the Musconetcong River, both projects in northern New Jersey that the U.S. Fish and Wildlife Service supported with funding and technical assistance. 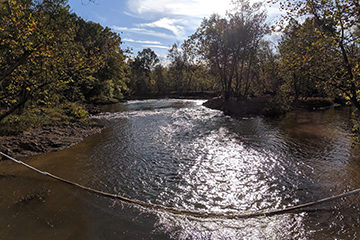 An old grist mill dam dating back to the 1800s has been removed from the Lamington River, allowing water to 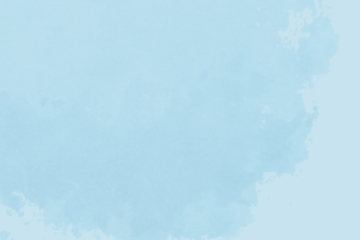