Vote for your favorite photo!

Explore your unique relationship to water through a lens. Consider water’s different forms – liquid, ice, vapor, ground or surface water. Do you see it as an essential resource or a thing of beauty, or both? Think of being above water, below it or something in between. There’s also water’s connection to our watershed, to nature, our lives, health, conservation and even the scourge of pollution. In the end, photography is about how we stand in the world and the stories we tell from there. Tell your story.

About the Photo Contest

What you need to know:

Our Distinguished Panel of Judges 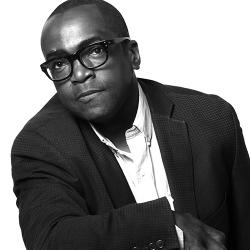 Berrisford Boothe is a Full Professor of Art at Lehigh University’s Department of Art, Architecture and Design. Boothe is primarily a painter and a multi-media printmaking and installation artist with a professional career that spans over twenty years.

Berrisford has been a featured artist in exhibitions at The African American Museum in Philadelphia, The Allentown Art Museum, The Albright-Knox Museum, and the William Benton Museum of Art among others. He has been added to private and public collections in the USA, the U.K. and South America. Boothe is also the Principal Curator of the Petrucci Family Foundation Collection of African American Art.  He most recently collaborated closely with curators at the Wadsworth Atheneum, and Amistad Center to create and promote the 2019-2020 exhibition, Afrocosmologies: American Reflections.

As an educator, Boothe has professed his love and knowledge in the arts by teaching Foundation to Advanced level studio classes in drawing, painting and design. As a senior faculty and former Interim Head of the Department, he has been tapped to teach experimental and First Year elective courses, ‘The So Called Art World,’ British Contemporary Art,’ and ‘Image and Process as Art: Ideation Practices and Use as Fine Art.’ A founding member of Lehigh’s Africana Studies Program, he taught the art/studio course, ‘Africans in the New World’ which examined resonant aesthetics from pre-colonial Africa to Contemporary African American art. Boothe was also a founding member, lecturer and team-leader for Lehigh’s first truly cross-disciplinary undergraduate award-winning program, between engineering, design and business, Integrated Product Design (IPD).

Away from teaching, and on disability leave since 2017, Boothe continues his passionate work as Principal Curator for the Petrucci Foundation, writing catalog and book essays, curating exhibitions, running online ZOOM Artist’s Salons, and continuing his practice as a visual artist in his Easton, PA studio. 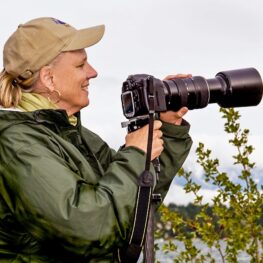 Having grown up along Upper Raritan tributaries, Alison Jones has spent four decades photographing and exploring protected areas, wildlife and communities in Africa and N. and S. America. She’s written a Management Plan for Ethiopia’s Nech Sar National Park and helped launch Kenya’s Mara Conservancy. After photographing while copiloting over 2,000 miles of African waterways, Alison founded No Water No Life® [NWNL] in 2006 to highlight watershed conservation by combining the powers of photography and science. She chose the Raritan Basin as one of six NWNL case study watersheds, as it exemplifies the need for coordinated stewardship between upper and lower watersheds, especially when differentiated by urban and rural community needs.

With an Honorary Master’s in Photography from Brooks Institute, Alison has published fine-art portfolios, award-winning and stock images and photo essays. As a conservation photographer, Alison has studied Forest Ecology and Watershed Management at Columbia University’s Center for Environmental Research and Conservation.

Alison is a Fellow and Flag Carrier of The Explorers Club;  Senior Fellow of the International League of Conservation Photographers (and Writers); member of the Society of Environmental Journalists, Society of Women Geographers and American Society of Media Professionals. She is a former Director of NANPA and on the Upper Raritan’s Tewksbury Land Trust Board. Alison’s expedition photographs, research and interviews from 70 NWNL transboundary expeditions will be the basis of a NWNL book on watershed values, threats and solutions. 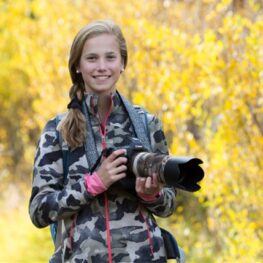 I am a wildlife photographer based in New Jersey. I have been capturing nature images since I was 8 years old. I am now 17, and I’ve been photographing all over the country, including Alaska, Florida, Wyoming, Montana and Vermont. Some of my favorite photographs I captured right in my own backyard, where I often see Red Foxes, Red-tailed Hawks, Eastern Screech Owls and many other types of wildlife.

When I visit Wyoming with my family I love to photograph in Yellowstone and Grand Teton National Parks.

Submissions will be judged on originality, compelling composition, artistry, and overall impression

Online Voting – You and our online audience can vote and share favorite images here:  Public Voting Page.  Online voting is open now and will be ongoing throughout the contest period.

Both Judged and Popular Online Vote winners will be notified by email and announced by December 1, 2021, on RHA’s website and through printed and social media.

There will be 10 winners for both the Judged and Popular Online Vote. Winners will be notified by email and announced by December 1, 2021, on RHA’s website and through printed and social media.

Judged Contest: The winner’s purse is $2,000.  Ten prizes will be awarded as follows: 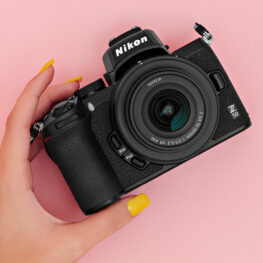 Online voting is open now and will be ongoing throughout the contest period.

Thank you for entering the Raritan Headwaters Association photo contest.

We wish you good shooting and good luck!!!