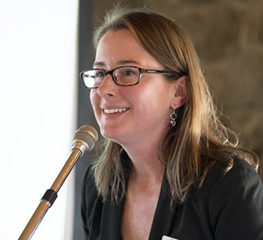 Clean water in the Highlands won an enormous victory on Jan. 8, when the state Legislature invalidated a state Department of Environmental Protection (DEP) rule that would have allowed more development on ecologically sensitive lands.

What many people may not know is that science – specifically, Raritan Headwaters’ long-term analysis of groundwater quality trends – played a big role in the Legislature’s decision to overturn a rule that would have allowed more septic systems and, thus, more contamination of underground aquifers.

For more than 30 years, Raritan Headwaters has offered affordable well water testing to residents in the upper Raritan River watershed. These well tests detect common pollutants, including nitrates and coliform bacteria that can seep into groundwater from faulty septic systems.

In 2015 and 2016, Dr. Kristi MacDonald, RHA’s director of science, analyzed more than 30 years of data from well tests – 14,000 individual records – to find out what changes have occurred in our groundwater over time.

“What this trends analysis demonstrated is that we’re seeing increased concentrations of nitrates and coliform in our groundwater,” explained Bill Kibler, policy director for Raritan Headwaters, who took the study to Trenton to use as ammunition in the fight against the DEP’S septic density rule. 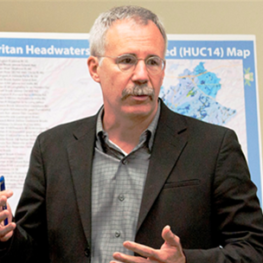 One of the arguments used by the DEP in adopting the regulation is that nitrates already existed in Highlands soils and were not caused by too much development. The flaw was that the state agency had no data to back up its claim.

“The DEP had no idea what the nitrate levels in the Highlands looked like 40 years ago because they didn’t collect data,” said Kibler. “You can’t base your policy on missing data – that’s bad science.”

Raritan Headwaters’ trends analysis was used by state Senate and Assembly members who led the effort to overturn the DEP rule. In fact, Senator Bob Smith even quoted from the analysis during a floor debate, calling it one of the most powerful arguments for overturning the DEP regulation.

Kudos to the state Legislature for making its decision based on science, not sentiment. We have great hope that the new DEP director, Catherine McCabe, will adopt a similar view when it comes to protecting clean drinking water and other natural resources. 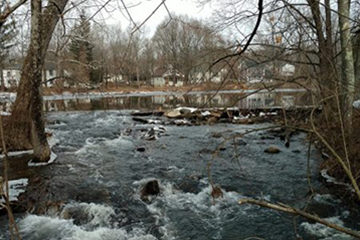 Dam in Califon Damaged by Ice