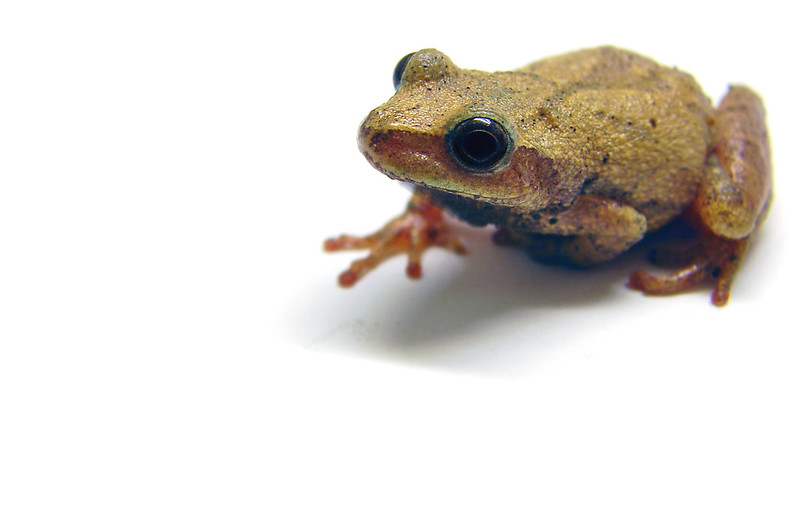 Habitat: The Spring Peeper is usually found in low plants near woodland swamps in the Eastern United States and Canada.

Food: Spring peepers are nocturnal and feed on live insects including beetles, ants, flies and spiders. Tadpoles feed on algae in the water.

Behavior: Males inflate their vocal sacs and make loud peeping, musical calls to attract mates. Their calls are usually associated with the beginning of spring. Spring peeper calls can be heard from up to one to two miles away.

Life Cycle: Females lay thin films of eggs that float on water surfaces. Females lay several to several dozen eggs at a time. Eggs hatch into tiny tadpoles and within two months, the tadpoles grow in to adults.

Conservation: Common and widespread, but some times caught and kept as pets. In some areas, populations have declined due to loss of wetlands habitat.

Interesting Facts:  Adults are ¾ to 1 ¼ inches long, brown or gray in color and have a dark cross on their backs. Spring Peepers are able to change color to adapt to their surroundings. Treefrogs have sticky suction pads at the tips of their toes that help them climb vertical surfaces.