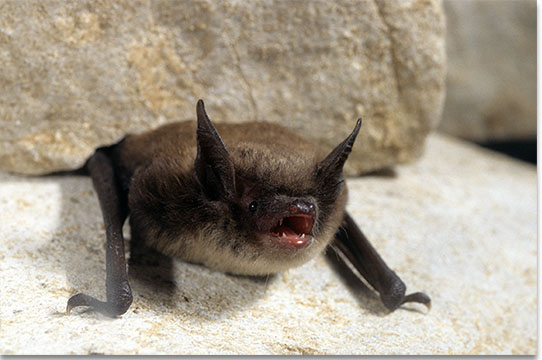 Description:  These little bats weigh just 10 grams (about the weight of a pencil), have a body length of 2” to 4” with an average wing span of 9”.  Their wings are hairless, dark in color and of a leathery texture.  Little Brown Bats have brown fur of varying shades; golden, olive, reddish.

Habitat:  The Little Brown Bat is commonly found throughout 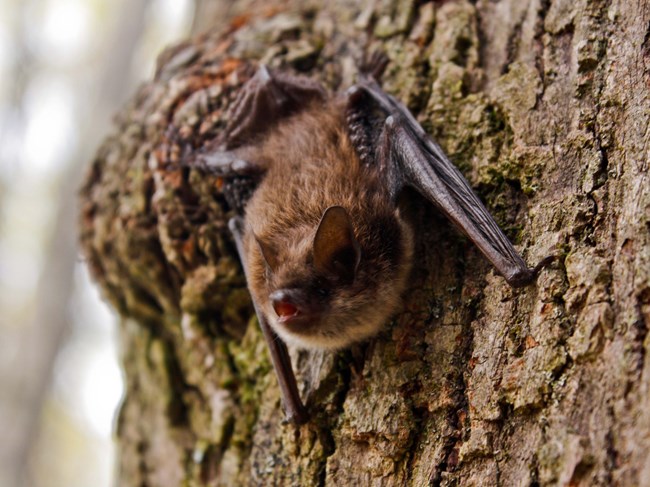 the US, Southern Canada, and high elevation forests in Mexico.  Interestingly, they do not population the southern Great Plains, southern California, Florida, or coastal Virginia and the Carolinas.

Little Brown Bats prefer to live in forested areas near riverbanks, or other clean water sources. They will thrive in dryer habitats as well. When water sources are scare they adapt by drinking condensed water on rocks and their own fur.

Food:  These bats are insectivores that need to consume half their weight in insects in order to be properly nourished. They eat mostly aquatic insects and help to reduce populations of annoying insects such as mosquitoes and many types of agricultural pests.  Little Brown Bats are nocturnal; thus they hunt at night.  They use a system called echolocation.  When searching for prey a bat will emit a high frequency sound that bounces off their prey and echoes back to the bat.  By listening to the echo the bat can determine exactly where the insect is.

Behavior:  During the day Little Brown Bats roost in shelters.  They choose locations that are dark, warm and hidden from predators.  Caves, trees, buildings such as barns and wood piles are some of the types of structures that bats find to be adequate roosting sites.  Some people even build special houses for these wonderful mammals to inhabit.

In winter bats hibernate in large groups in caves or abandoned mine sites.  These types of areas, called hibernaculums, provide temperatures that remain above freezing throughout the hibernation season which usually lasts from early September to mid-May in the north.  Some bats may migrate several hundred miles to reach their winter hibernaculums.

Life Cycle:   Mating season for the Little Brown Bat starts in August.  Males and females form large swarms and mate with many partners.  Within two months the babies, called pups, are born.  Each female has one pup per year that she can identify by scent and sound.  The pup is dependent on its mother for one month until it is able to fly and catch insects on its own.  Little Brown Bats live to be about 6 to 7 years old.

Conservation:   This bat is classified as “least concern” by the 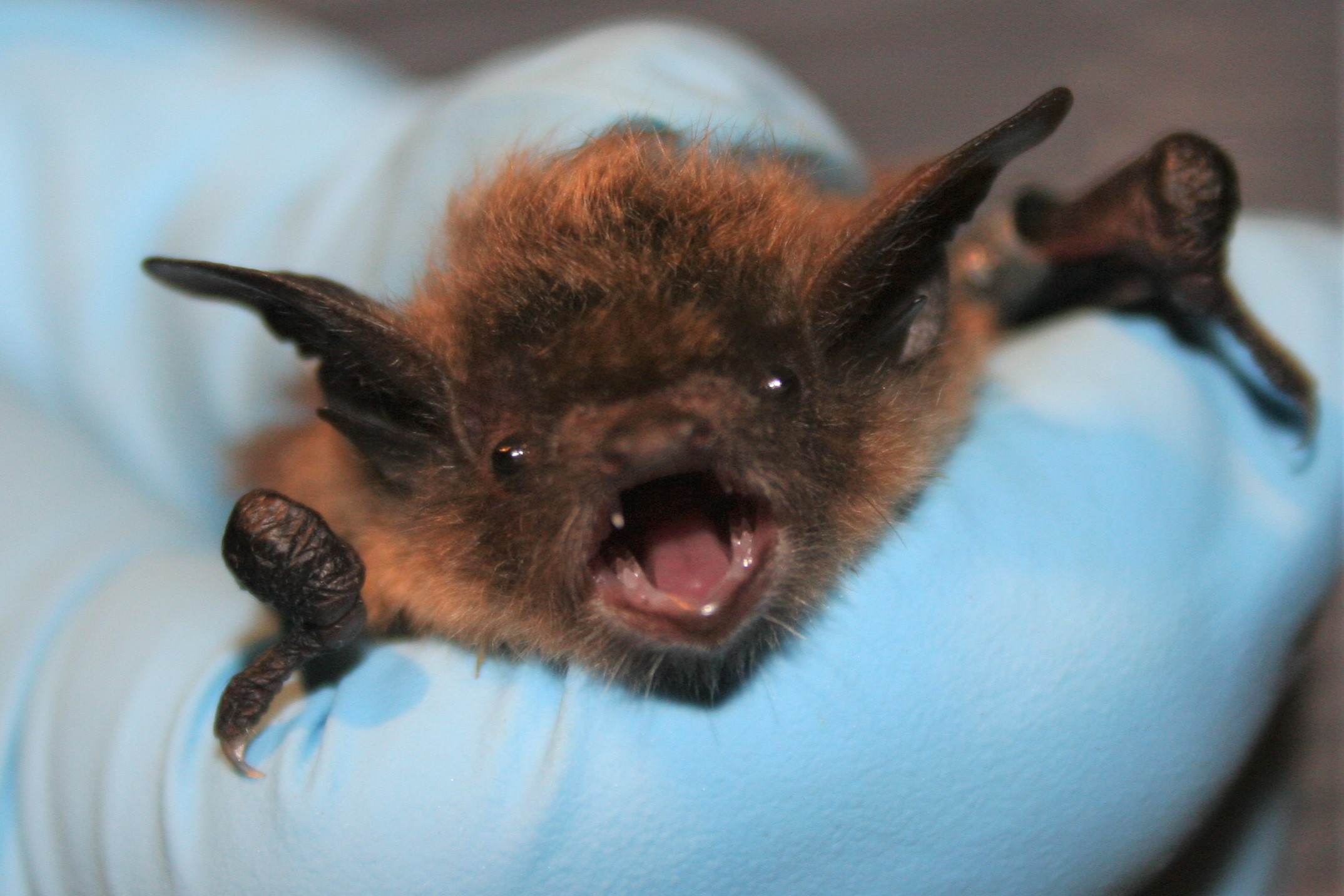 International Union for Conservation of Nature and Natural Resources.  Even so, the Little Brown Bat has been impacted by White-nose Syndrome.  The White-nose fungus grows extremely well in damp caves and mines where bats hibernate.  The fungus causes wing deterioration, water loss and frequent awakening from hibernation.  These awakenings deplete fat reserves needed to survive the long months of hibernation.

Interesting Facts:  Bats are very special animals because they are the only flying mammal on the planet!

How did you like this activity? Please share any questions, comments, or photos that you and your child have on the Raritan Headwaters Learning Community Facebook Page! 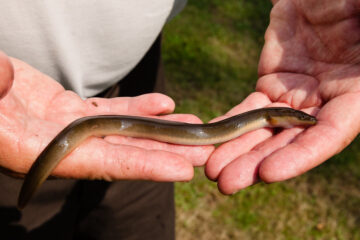