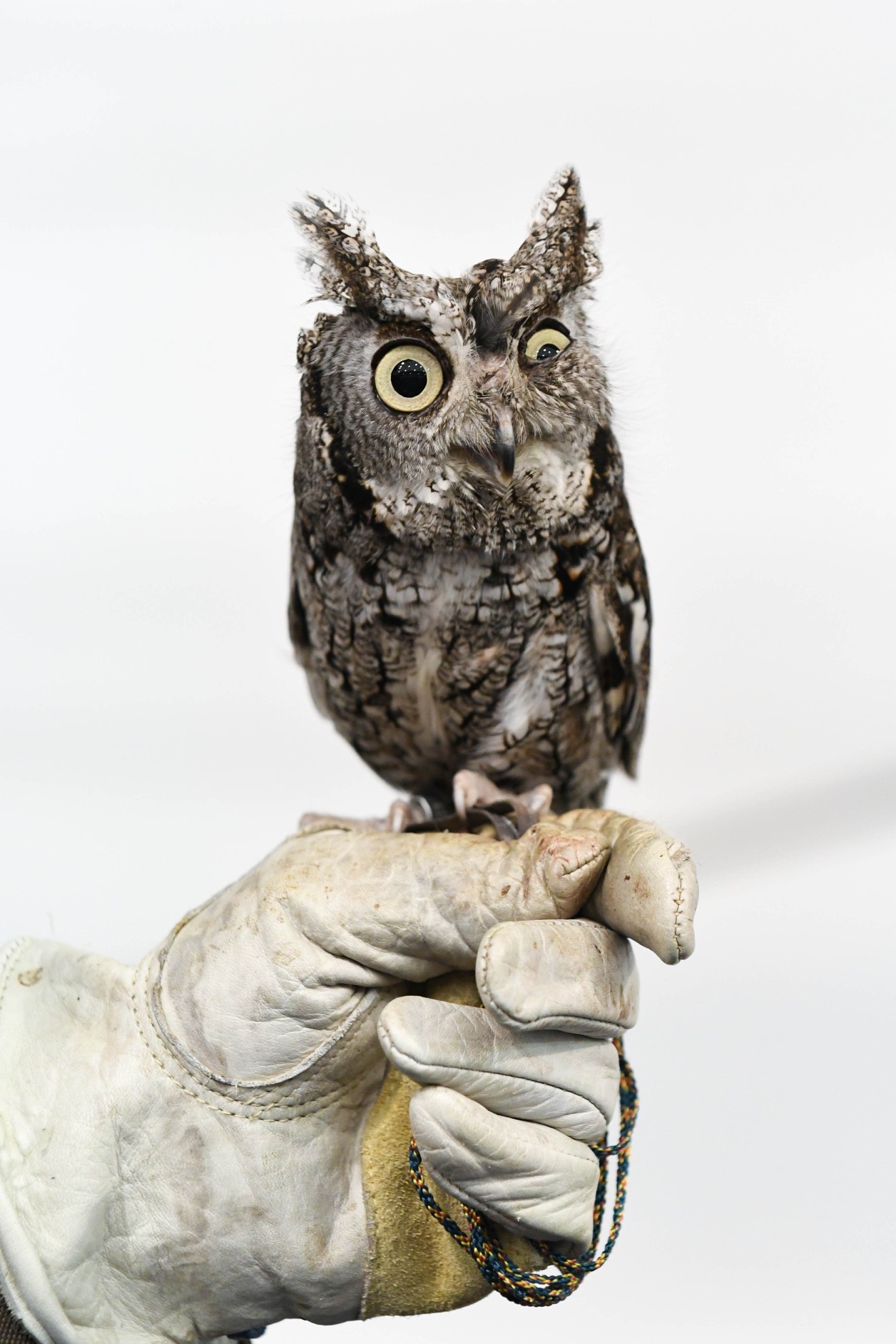 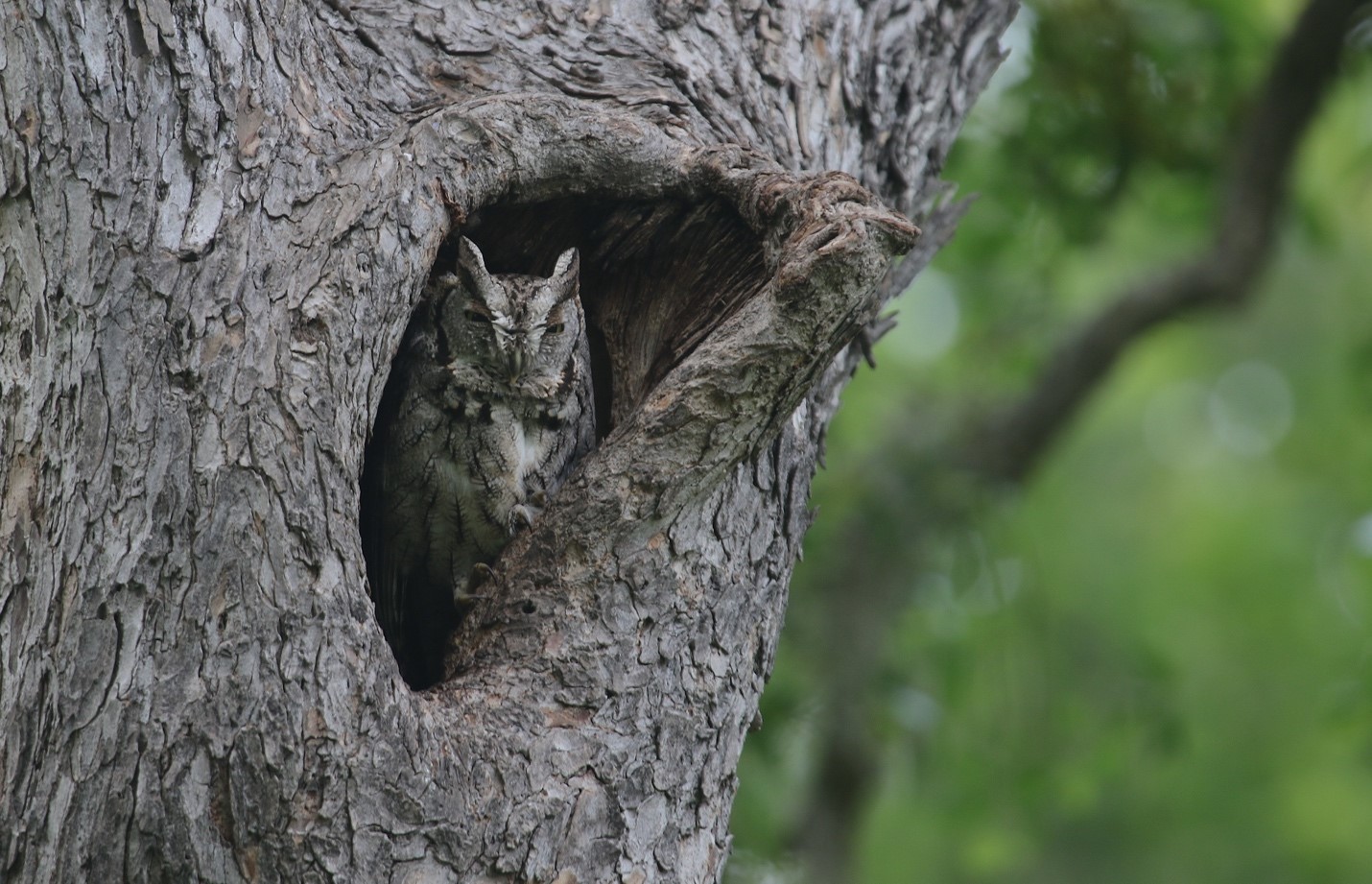 Food: Eastern Screech Owls are raptors or birds of prey. They primarily eat insects and small rodents including, but not limited to, beetles, moths, crickets, mice and shrews. They will also eat small birds, bats, lizards, frogs, spiders, earthworms, crayfish and small fish.

Behavior: Eastern Screech Owls are active at dusk and nighttime. They hunt by sound and sight. They will wait perched on a branch and swoop down upon their prey once they have located it. They are monogamous and mate for life. They are well-known for their many vocalizations including trills, whinnies and the screeches for which they are named. 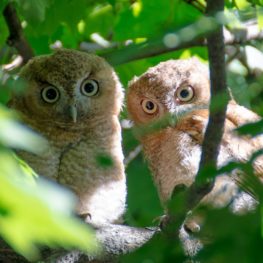 holes and nest boxes provided by humans. They nest between March and June. A female will typically lay 4-5 eggs but sometimes only 2 or as many as 8. During the 26-day incubation period which is mostly done by the female, the male will bring food to his mate. Both male and female Eastern Screech Owls will bring food to their young after they hatch. The young will remain with their parents for about 4 weeks in the nest but will continue to be fed by them for up to 10 weeks. 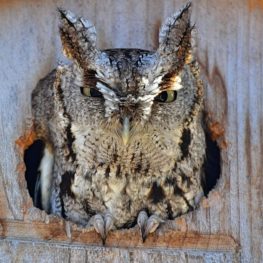 Conservation: Low concern. Eastern Screech Owls are widespread and fairly common. While they show some decline in certain areas, they are also helped by nest boxes provided by humans.

Interesting Facts: Eastern Screech Owls are tiny! They are about 7-10”, the size of a European Starling or pint glass.

Eastern Screech Owls have ear tufts. They look like ears, but they’re not! They are skin covered with feathers.

After eating, Eastern Screech Owls regurgitate the bones, fur and feathers of prey: this is called an owl pellet. An owl pellet can tell you a lot about what an owl has eaten.

The Eastern Screech Owl has both a rufous and a gray color-morph, and their coloring provides excellent camouflage against tree bark.