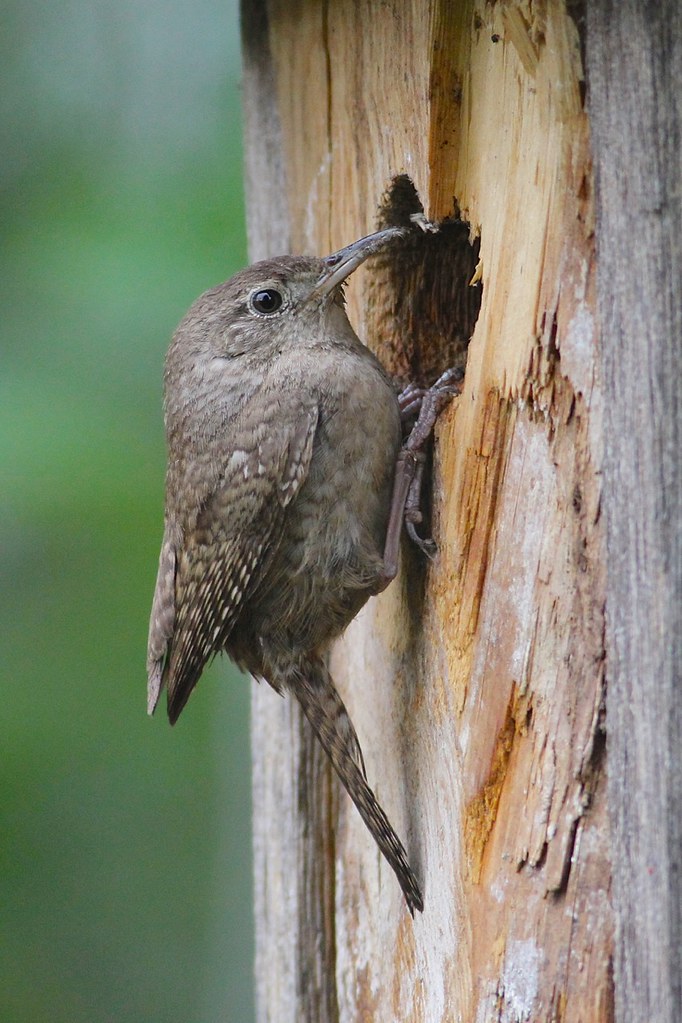 Habitat: The House Wren can be found in residential areas, parks, farmlands and woodland edges and underbrush. Found in conifer forests in summer.

Food: Wrens feed on insects and spiders with their long, slender bills. They rarely feed at a backyard feeder, however, they will occasionally visit a suet feeder.

Behavior:  House Wrens are small, energetic birds. Males sing a gurgling song throughout the nesting season. Males return to the same nesting location each spring and build as many as 12 nests consisting of 500 sticks in one nest. The female will then select the one she prefers and begin filling it with soft grasses. Parents may make 600 trips a day to look for food to carry back to their young.

Life Cycle/Nesting: House Wrens nest in natural tree cavities or old woodpecker nests, but seem to prefer nest boxes when available. Wrens sometimes nest in unusual places including mailboxes, flowerpots and pockets of clothes left on clotheslines.  Wrens are shy but become more evident during the mating season. Females lay between 4-9 eggs in nests built within 12 feet of the ground. Eggs are white with speckles of reddish brown dots. House Wrens will produce up to two broods a year.

Conservation: Widespread throughout the United States and the 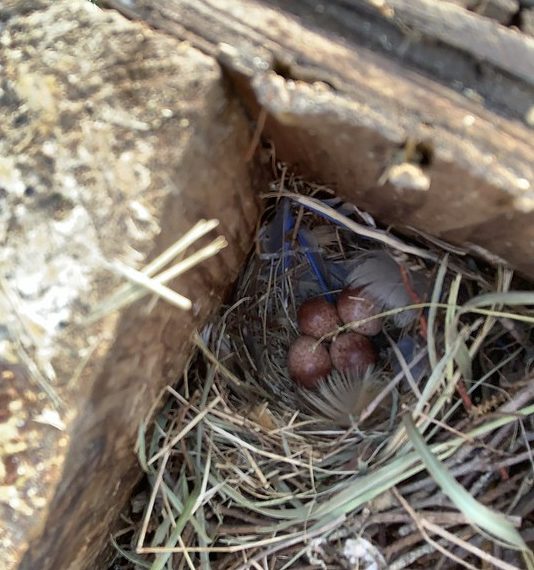 Interesting Facts:  Adults are 4 ½ to 5 ¼ inches, grayish brown above and paler below with a short tail that it cocks up over its back. They have a light eye ring and no facial markings. House wrens have a bubbly and exuberant song which rises, then falls. Wrens are known to invade nests of other birds in order to defend their territory. They have been known to puncture eggs of other birds and remove them from places they want to nest.