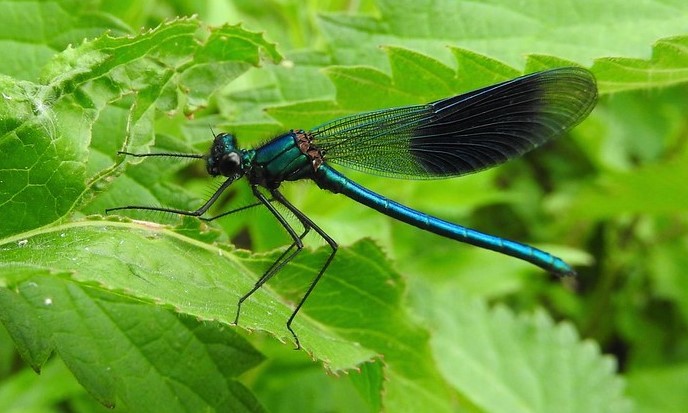 Damselflies hold their wings roof-like over their back. Damselflies are also much more delicate in overall body structure. 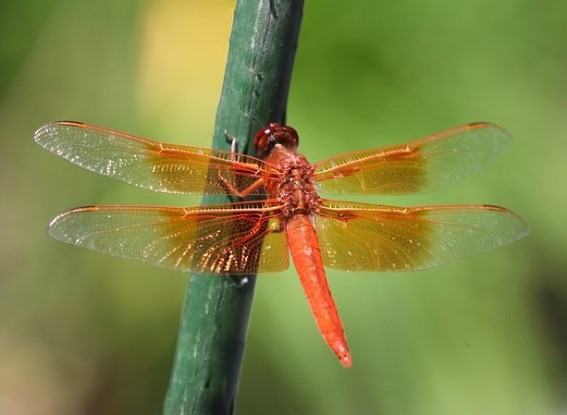 Dragonflies hold their wings stiffly out to the side

Scientific Name:  Dragonflies and Damselflies belong to the order of insects known as Odonata.  There are over 6000 species of Odonata worldwide, approximately 450 of which can be found in the US.   They are divided into two suborders: 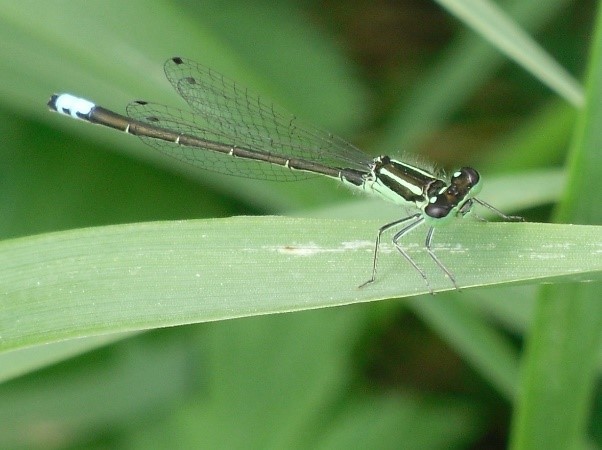 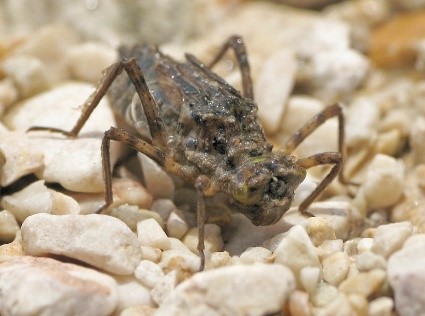 Food:  All species of Odonata are predacious and feed on a variety of insects and other small organisms.  Nymphs will lie in wait for prey and lunge at it with their specialized entrapping mouth parts.  They often enjoy a meal of tadpoles or small fish fry.  Adult Dragonflies and Damselflies catch their prey on the wing.  Both adults and nymphs consume a considerable quantity of mosquitoes. 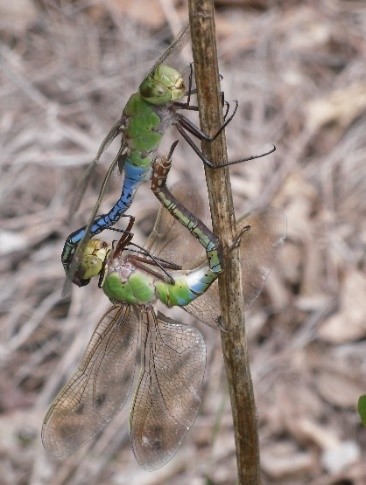 Behavior:  Dragonflies are first-rate fliers.  They can fly up to speeds of 25mph helping them to both capture prey and escape from predators.  They also have the ability to stop in midair and hover.  Monarchs are not the only insects that migrate, Common Green Darners can travel from Cuba to Canada within 3 generations.

Life Cycle:  Adult Odonata have a unique way of coupling (known as the wheel position) in order to reproduce.  The male has specialized appendages at the end of his abdomen that are used to grasp the female at the back of the neck.  They may spend a fair amount of time attached in this way in flight as well as perched on vegetation.   Many species remain attached while the female lays from a few hundred to a few thousand eggs into the water.  Many species lay their eggs attached to aquatic plants or even into the stems of plants.  Most Odonata eggs hatch in 2 to 4 weeks.

Odonata undergo incomplete metamorphosis which means that the larvae do not form a chrysalis.  Instead, as they grow they shed their exoskeletons 10 to 15 times (The empty shell of the exoskeleton is called an exuvia).  An immature Dragonfly can live 2 to 3 years before climbing out of the water for their final molt into adulthood.

Conservation:  In the Northeast Region of the US 18% of Odonata species are considered vulnerable to extinction.  Constant threats to fresh water ecosystems across the region have placed these species at risk, particularly in peatlands, low-gradient streams, seeps, high-gradient headwaters, larger rivers, and coastal plain ponds.  Protecting the Raritan Headwaters can help ensure that these amazing creatures can survive. 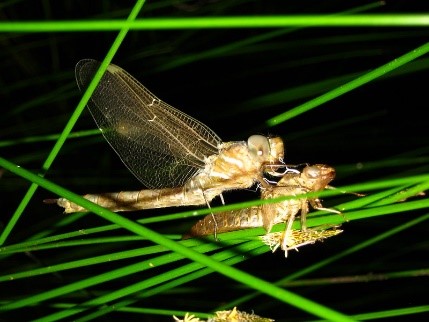 Interesting Fact:  It was once believed that Dragonflies would sew up one’s ears, lips or eyes.  Therefore, some species are referred to as Darners (also a type of knitting needle).

Comstock, J.H., 1898,  Insect Life: An Introduction to Nature-Study and a Guide for Teachers, Students and Others Interested in Out-of-Door Life,   D.  Appleton, New York, pp 89-92.