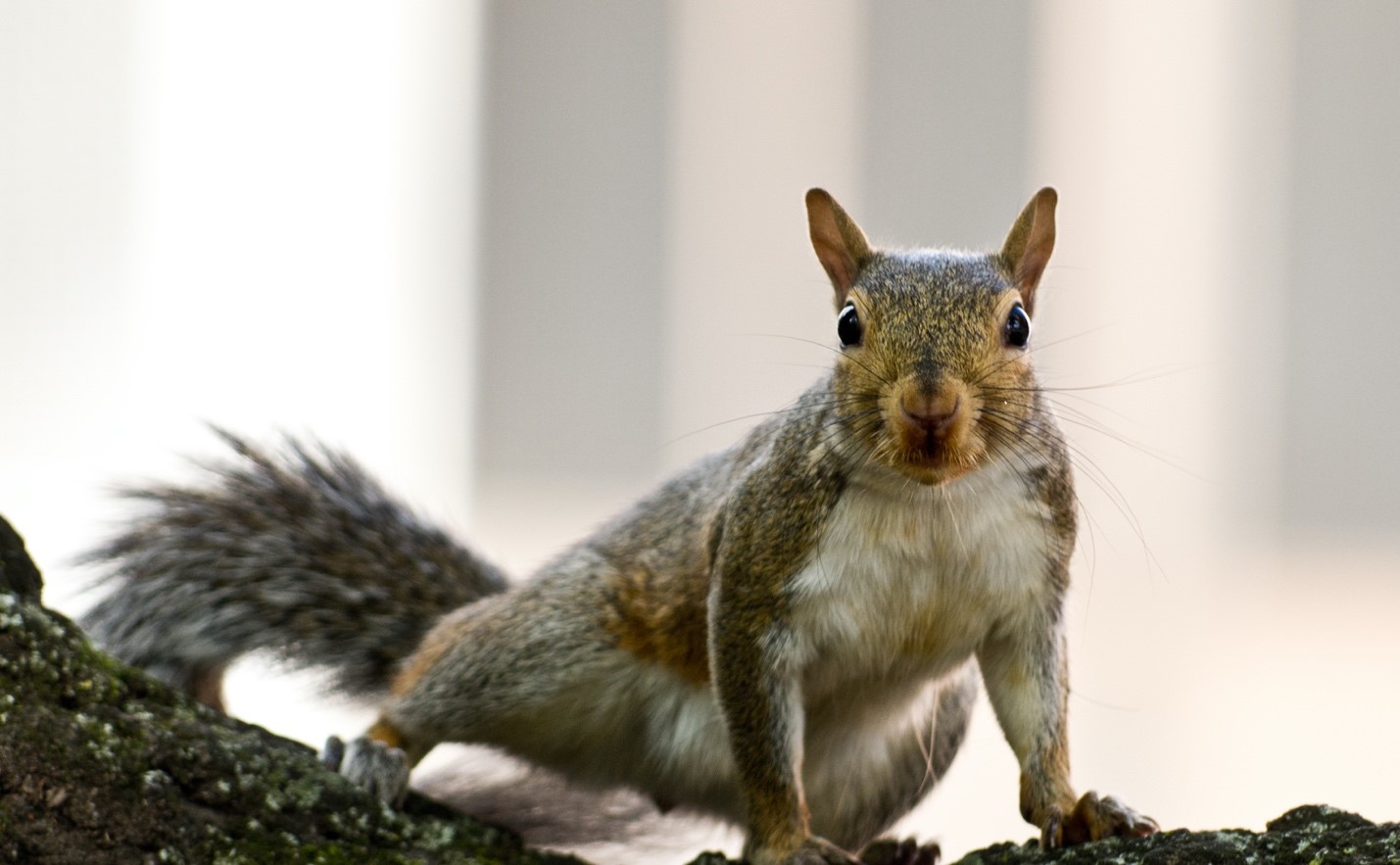 Habitat: The Eastern Gray Squirrel can be found in the forests, suburbs and cities of North America.

Food: Eastern Gray Squirrels have a diet that consists mostly of mast which is any hard fruit such as acorns, beechnuts and hickory nuts. They will also eat seeds, especially from residential birdfeeders, buds, tree flowers, bark, mushrooms and caterpillars.

Behavior: Eastern Gray Squirrels play an important role in reforestation and seed dispersal. They do not hibernate, but because they bury their food in caches to prepare for the winter season, they often do not use or cannot find all of it. The buried seeds that are left behind become new trees the following spring. Eastern Gray Squirrels communicate by flicking their tails, body posture, warning calls and various vocalizations. They are diurnal which means that they are most active in the 2-3 hours before dawn and after dusk. 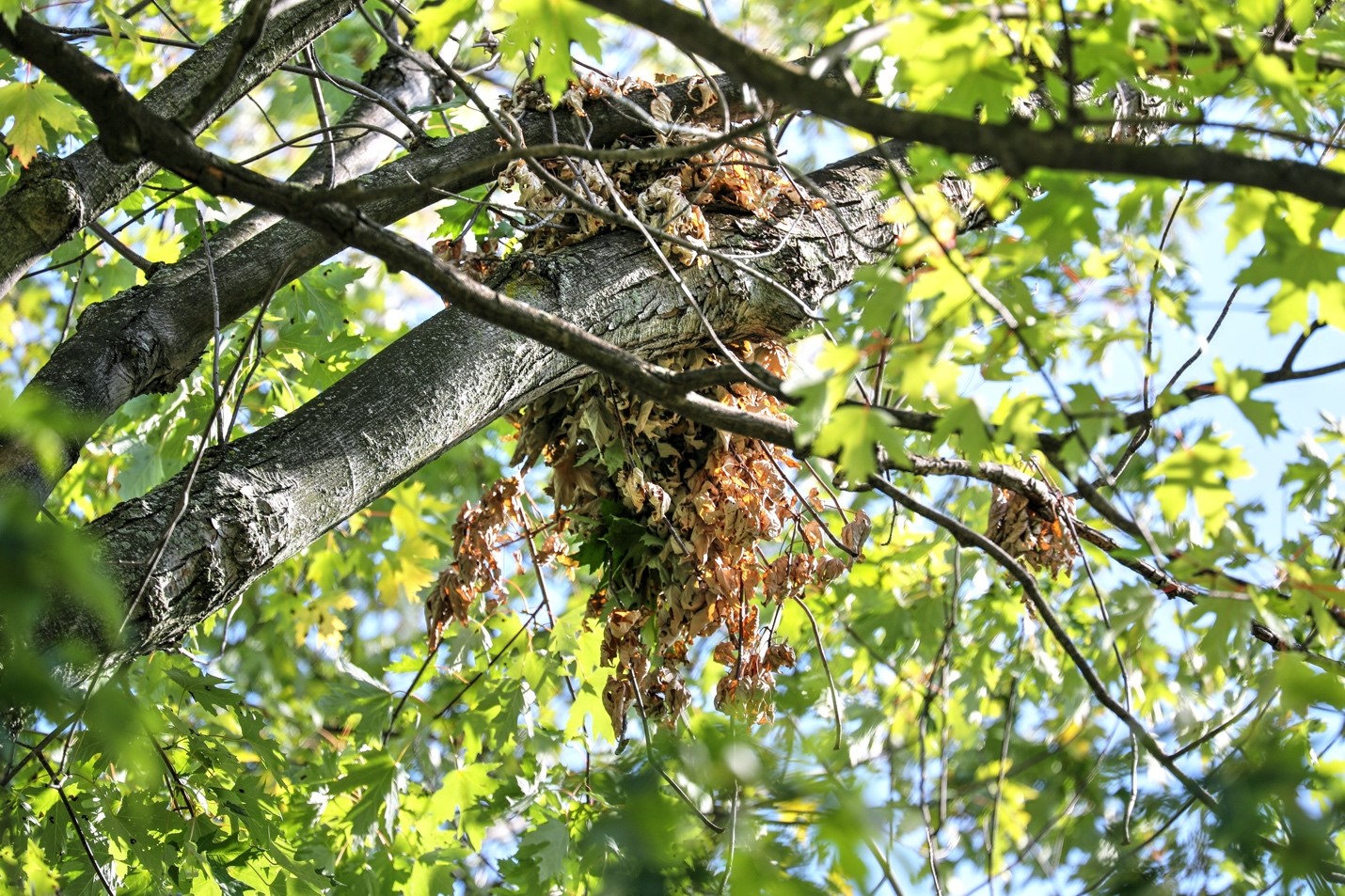 Life Cycle/Nesting: Eastern Gray Squirrels build nests of sticks and leaves high in trees, typically at a forked branch, called dreys. They may also build nests in tree cavities called dens. Females can have two litters per year. The babies are born hairless and sightless and have a 25% chance of surviving the first year. They will leave the nest at 10-12 weeks but will take up to 9 months to become fully grown.

Conservation: The Eastern Gray Squirrel population is increasing, so there is little concern for their conservation.