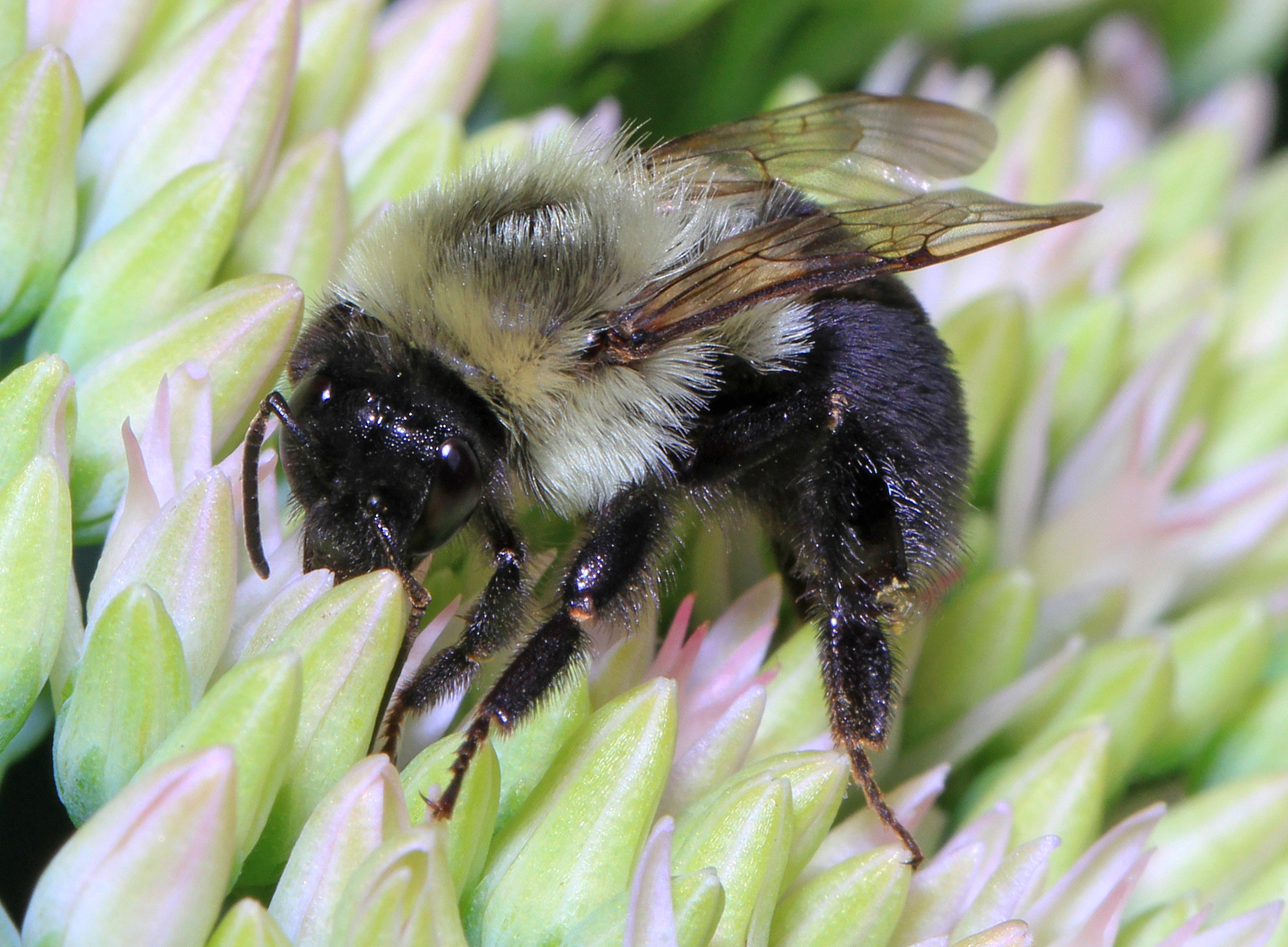 Habitat: The Common Eastern Bumblebee is found across Eastern North America in Eastern temperate forests and the eastern Great Plains They are very adaptable and can live in the country, suburbs, and even in cities. This makes them a great pollinator species!

Food: Eastern Bumblebees collect pollen from many plants including asters, thistle, apple trees, roses, raspberry and blueberry plants, goldenrod, and Impatiens (probably where their scientific name comes from!). Bees make honey by regurgitating nectar and pollen from flowers, mixing them with enzymes from their stomachs. The honey they make is very nutritious and feeds most of their colony (some bees can eat the raw pollen and nectar of the flowers, too). Honey is stored for the colony to survive off of during winter months.

Behavior: Bumblebees are very social! They are actually some of the most social creatures in the animal kingdom. A group of bumblebees is called a colony. Colonies can contain between 50 and 500 individuals, according to the National Wildlife Federation. 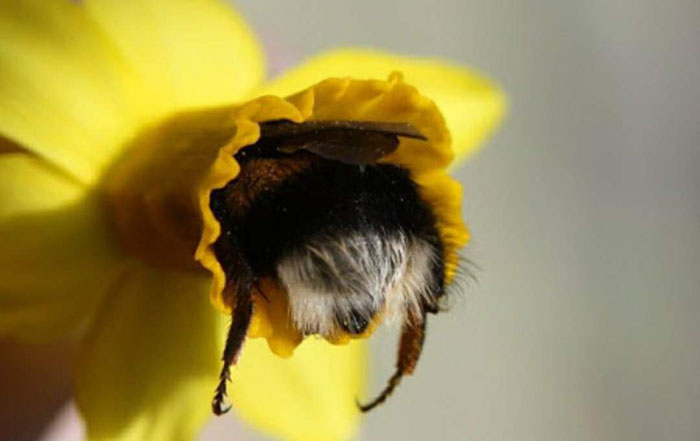 The queen is a dominant female that rules the colony. The rest of the colony gathers food, cares for developing larvae or serves the queen. Labor is divided amongst the colony depending on their body size; smaller bees feed the larvae, and larger bees act as guards and forage for nectar and pollen.

Life Cycle/Nesting: The Common Eastern Bumblebee builds underground nests that are 1–3 feet below the ground surface. They enter their nests using tunnels that are 18 inches to 9 feet long.

The queen sits on the eggs for about two weeks to keep them warm. When the eggs hatch, the queen feeds pollen to the baby bees, called larvae. At two weeks old, the larvae spin cocoons around themselves and stay there until they develop into adult bees. 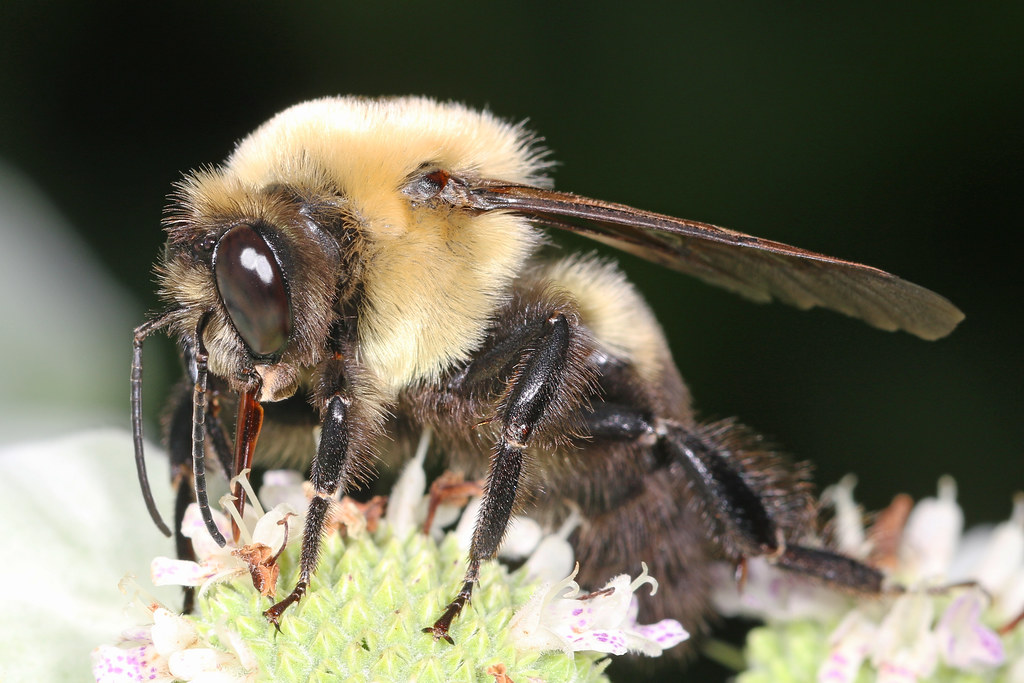 Bees born in late summer are male bees, called drones, and future queen bees. Both leave the nest as soon as they are mature. The males from other nests mate with future queens and then die. After mating, the future queens fatten themselves up and hibernate throughout the winter.

The hives grows all spring and summer, and in late summer there can be more than 200 worker bees. At this point, the workers sting the queen to death, waiting for new queens bees to hatch in winter and spring.

Conservation: Common Eastern Bumblebees are raised for the agricultural industry, so their population is stable.  However, many other bumblebee species are endangered, vulnerable or near threatened due to the use of certain pesticides and lack of native flowers for them to forage from. You can help our native pollinators by buying organic produce, and planting native plant species at home! Here is a great list from the Xerces society with native plants that help pollinators in New Jersey.