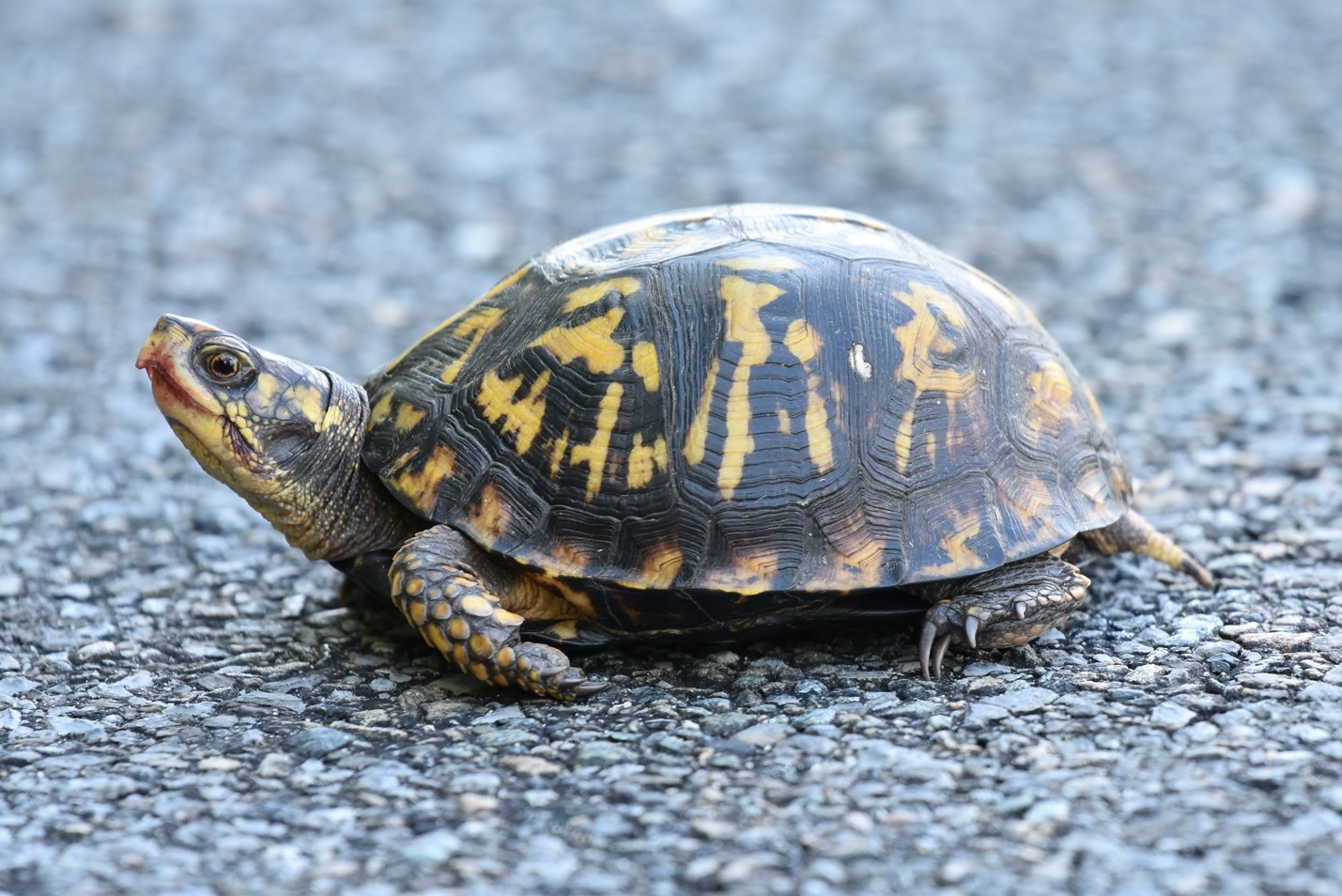 Habitat: Eastern Box Turtles can be found in North America from Maine to Florida west to the Great Lakes and Texas. They live in grasslands, fields, meadows and at forest edges. 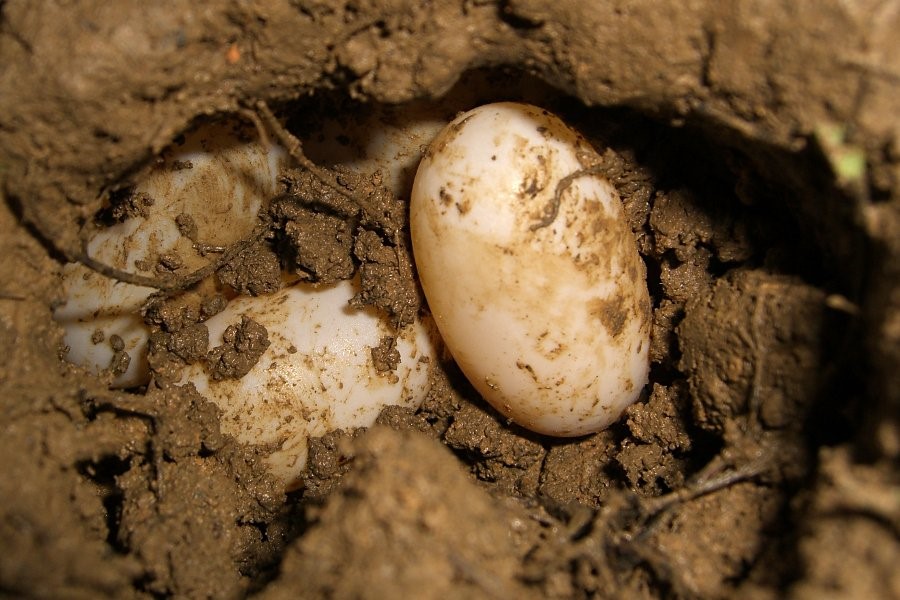 Life Cycle/Nesting: Eastern Box Turtles can mate by the time they five years old. They will mate after a rainfall in the spring and through the fall. A female will typically lay 4-5 eggs, but sometimes as little as one and as many as eleven. She will dig a hole in the ground, lay the eggs, bury them and leave them in the soil to incubate. Incubation takes about 3 months but depends on soil temperature and moisture.

Conservation: Eastern Box Turtles are not endangered, however certain states list them as a special concern due to habitat loss, traffic mortality and collection for pets.

The shells of Eastern Box Turtles can regenerate. 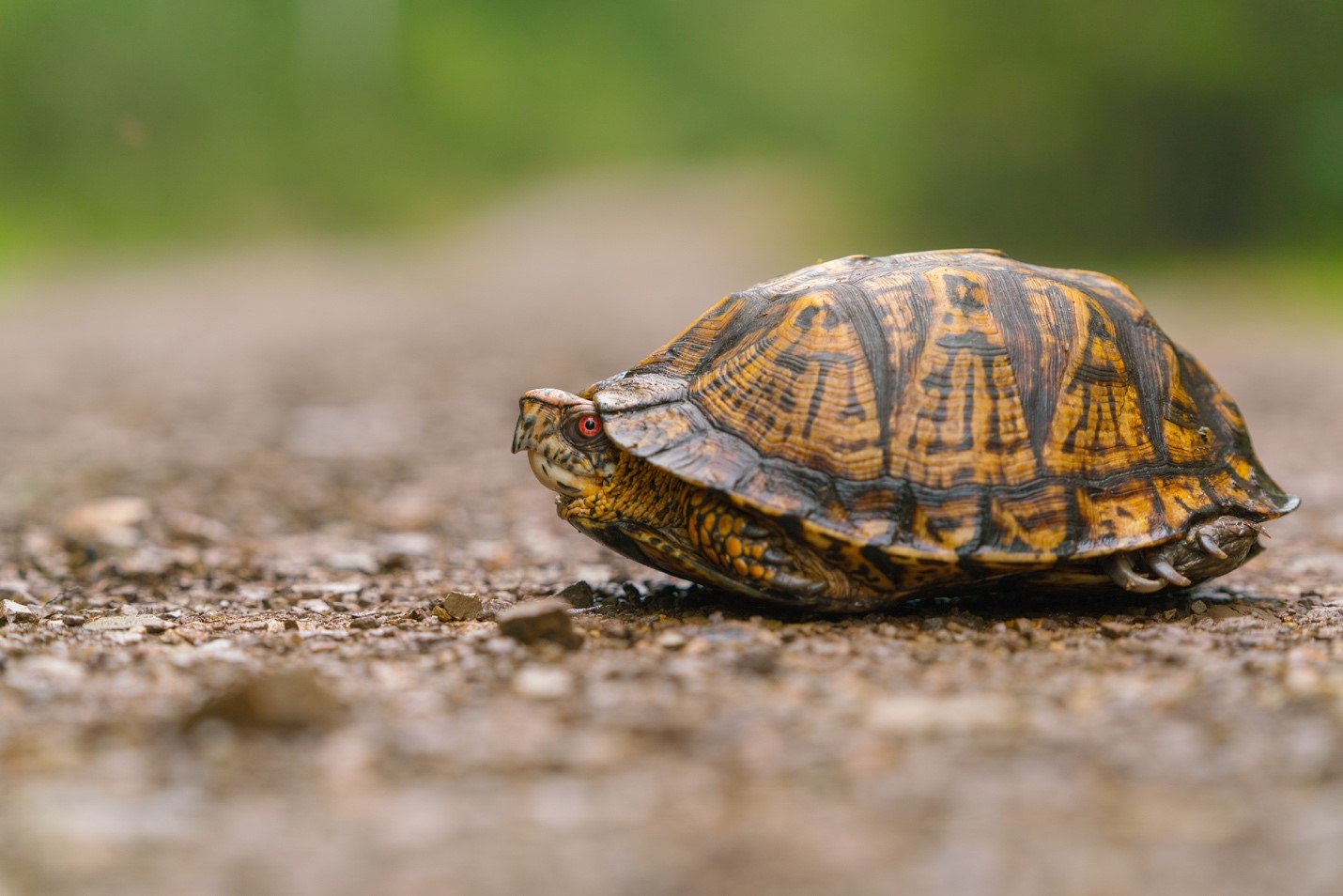 Eastern Box Turtles have a homing instinct which helps them find their way back home if they get lost.

A female Eastern Box Turtle can lay viable eggs up to four years after successfully mating. 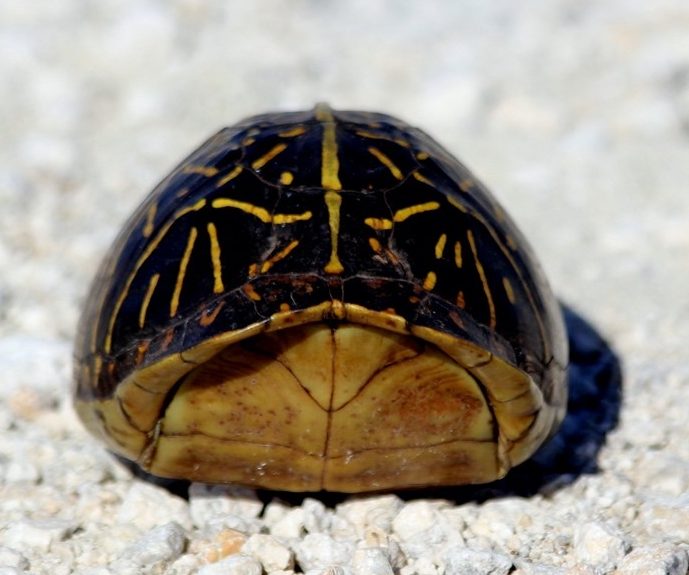