Fishes of the Upper Raritan 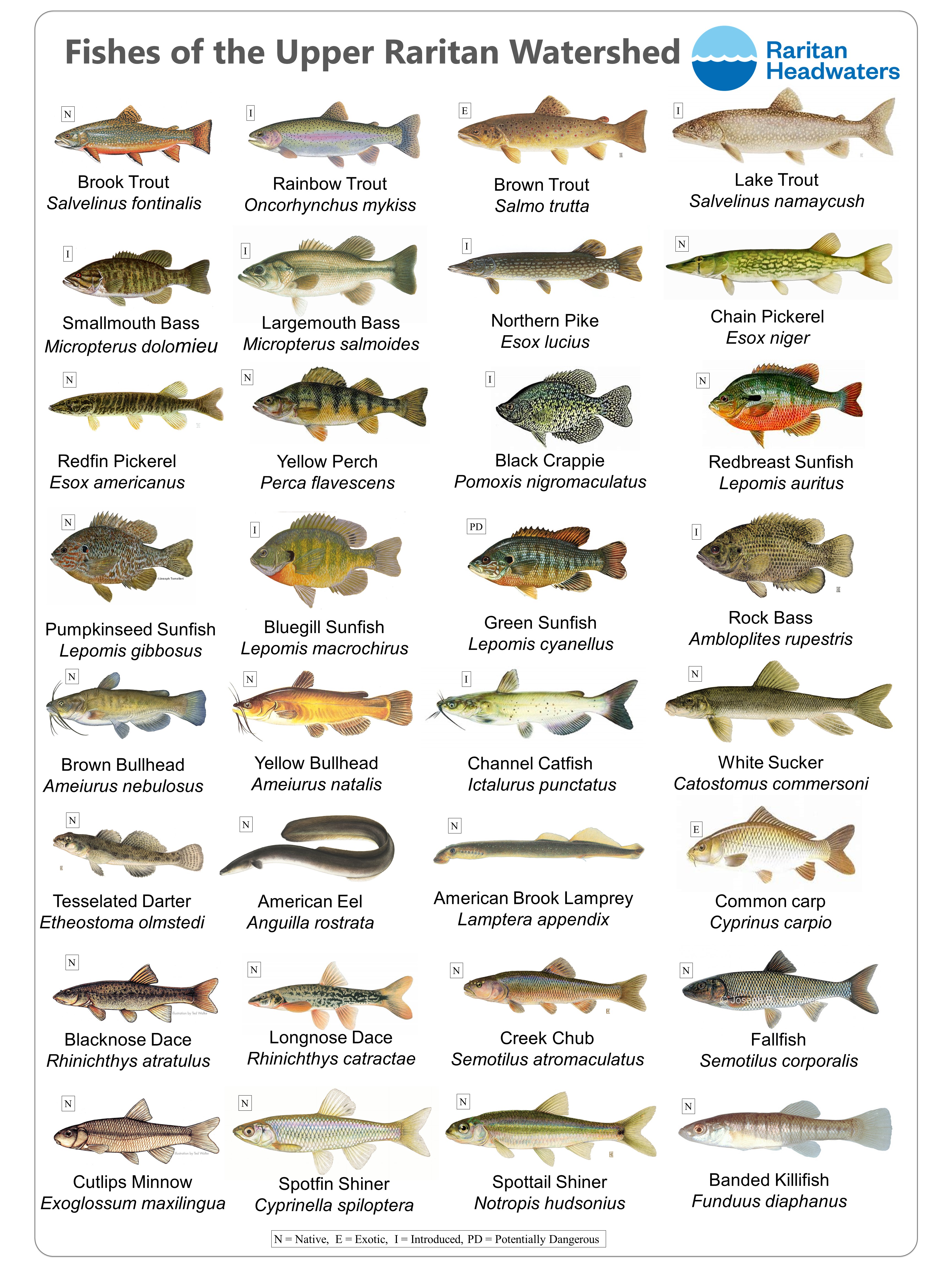 Did you know, New Jersey has about 90 species of freshwater fish, 60 of which are native to the state.  The native freshwater fish diversity in New Jersey is an important component of our state’s biodiversity and critical to the function of our aquatic ecosystems.  Because they live underwater, many people never get to see the amazing variety of fish species in the streams, rivers and lakes around us.

Fish communities in the state look vastly different than they did 200 years ago. Most of today’s freshwater game fish are non-native (i.e., exotic) species and were brought to New Jersey to increase recreational opportunities for anglers. Non-native species may outcompete native species for habitat and food resources.  In addition, several non-native species are piscivorous – they eat fish.  As a result, many of our state’s native fish have had their ranges significantly reduced or have been completely extirpated (i.e., have become extinct in the state).

In the Upper Raritan Watershed Region and other areas of northern New Jersey, biologists are working to manage overlapping native and non-native fish populations to protect native species. The NJ Division of Fish & Wildlife’s Bureau of Freshwater Fisheries recently added protections for brook trout – New Jersey’s only native trout species. As part of this project, the state altered the stocking of rainbow trout to help increase the success of brook trout and created a Brook Trout Conservation Zone where all anglers who catch these fish must immediately and carefully release them unharmed. Other new fishing regulations are designed to increase the survival chances of brook trout if caught and released.

Brown trout? Largemouth bass? Smallmouth bass? All are non-native species. Over the past century, these species have become naturalized in New Jersey and are reproducing in the wild. The state also stocks several game species in some waters.  Naturalized species, like smallmouth bass and brown trout, are important recreational targets for anglers. Recreational fishing is a good way to get people engaged with nature and in tune with their local stream.

Fish are often used as indicators of water quality, so a stream with a diversity of fish species is likely a stream with clean, healthy water.  In the Upper Raritan Region, native brook trout require cold, oxygen-rich water in order to survive and reproduce in the wild.

Our region has a few invasive fishes – such as green sunfish and oriental weatherfish – that can be potentially dangerous to other native or naturalized species. One way to avoid spreading invasive fish species is to never release live bait or transport fishes between water bodies.

The New Jersey Bureau of Freshwater Fisheries lists all potentially dangerous fish species and how to handle them here. 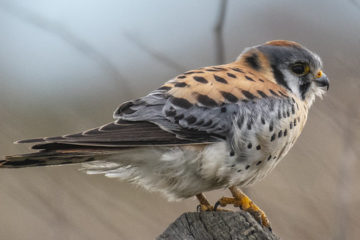 Kestrels are ambassadors for the connection between what we do on the land and the health of our water. – 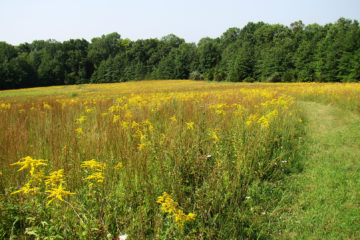 BMPs for Farms and Fields 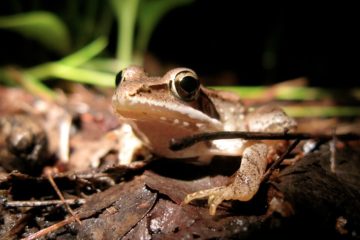 Biodiversity, clean water and your health

In many ways, clean water, and the health of you and your family, depends on biodiversity – the variety of