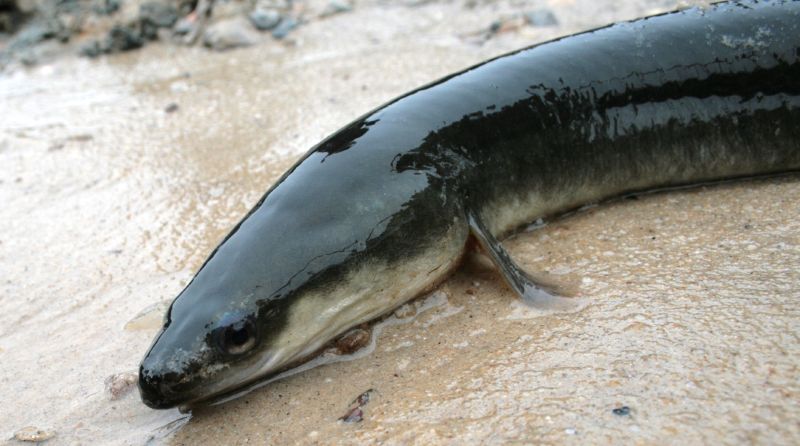 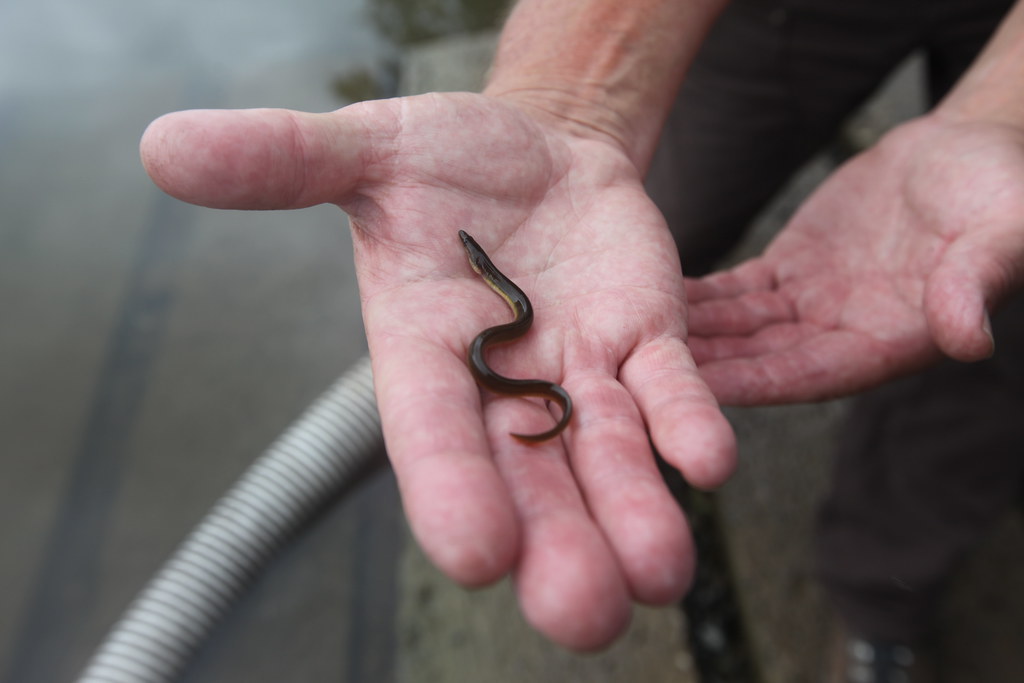 Habitat: American Eels are the only native species of freshwater eel that live in North America.   Their range is from Venezuela to Greenland and Iceland all along the Atlantic coastline.  They are found as far west as the Mississippi River and the Great Lakes.  America Eels spend most of their lives in fresh and brackish waters that include streams, rivers, lakes and ponds.

Behavior:  American Eels spend the day hiding among plants, and tree snags near the shore. 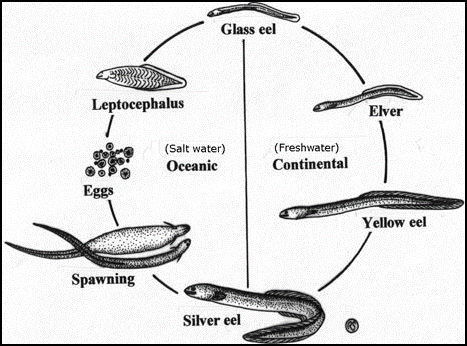 Life Cycle/Nesting:   American Eels have a unique life cycle in that they are catadromous.  This means that they live in freshwater rivers and return to the ocean to breed.  Until recently it was a mystery where the eels went to spawn.   In 2015 a tagged American Eel was traced by a team of Canadian scientists on its journey from the coast of Nova Scotia to the Sargasso Sea.  East of the Bahamas, in the Sargasso Sea sexually mature eels gather to spawn.  Some eels swim 3500 miles to reach their place of birth.  Once they mate and the eggs are laid the adults die.

After hatching tiny eel larvae drift in the sea for 9 to 12 months while growing into the “glass eel” stage.  Ocean currents carry the glass eels towards the east coast of North American where they enter bays.  It is at this time that the American eels become pigmented brown and are now called elvers.  They are only about 2.5 inches long.  Some elvers may stay in the bay, while most travel up into rivers, streams and into lakes.  Elvers transform into adults; the “yellow eel” stage.   It takes an average of 5 years before the American Eel reaches sexual maturity when they will retrace their journey back to the Sargasso Sea to start the life cycle over again.

Conservation:  According to the IUCN (International Union for Conservation of Nature) Red List the American Eel is endangered.  The construction of dams has limited the migration of American Eels into freshwater rivers.  This is also effecting freshwater mussel species that depend on the eels to complete their life cycle.  Larval mussels attach themselves to eels’ gills.  Fewer mussels adversely affect the water quality as mussels help to filter water. 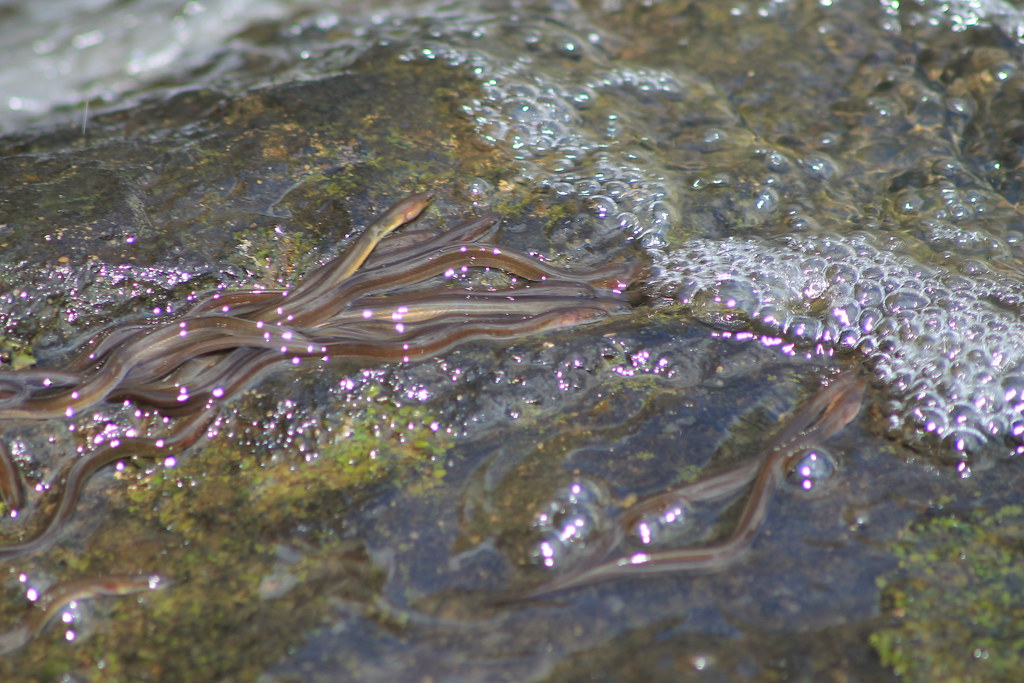 Interesting Facts:  American Eels can breathe oxygen through their skin enabling them to spend short periods of time out of water to slither over obstacles while swimming upstream.